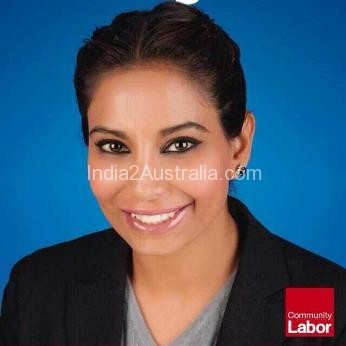 Aisha Amjad is an accomplished young leader across law, politics, media and international relations. Aisha has a strong focus on Interfaith Dialogue and Multicultural Affairs and works passionately on building relationships between cultures and communities. She was hosted by the Foundation for Ethnic Understanding in Washington DC where she was one of two female leaders out of 18 delegates from the Southern Hemisphere and attended high level meetings at the White House and State Department. She has also been a delegate of the Australian–American Young Leadership Dialogue, which included meeting with top diplomats, politicians and businessmen from around the world.

Aisha is particularly active in subcontinent communities through organising and speaking at various events, and often represents politicians at events. She was the youngest member on the Federal Government’s Subcontinent Ministerial Consultative Committee. She has also been a board member of the Subcontinent friends of Labor, which is a peak organisation acting as a link between politicians and the community. She is also a board member of the NSW Labor Women’s Committee.

Most recently (and also earlier last year) she accompanied the Shadow Minister for Multiculturalism and Citizenship (Michelle Rowland MP) on a delegation to India aimed to strengthen business, diplomatic, cultural and political relations. During her trip to India she was invited to become an honorary life time member of ALL – All Ladies League (an organisation of international female leaders from around the world.)

Aisha has extensive background and experience in the Media. She has studied journalism (including in the USA), and undertaken a number of broadcasting courses. Recently she was also the Vice President of Women in Film and TV NSW. She regularly writes for leading publications in the subcontinent and mainstream media and has had articles published in The Daily Telegraph, The Fiji Times, Sada-e-Watan Sydney, Indus Age, The Indian Telegraph, Nepali Times Australia, Dawn, and The Daily Times. She also often gives radio and TV interviews on issues relevant to the subcontinent community. Aisha has a BA/LLB (Hons), a Graduate Certificate in Legal Practice, a Professional Certificate in Arbitration & Mediation, a Certificate in Australian Immigration Law & Practice and also commenced a Masters in International Law & International Relations.

Aisha has practised as a Property, Entertainment and Corporate Lawyer. She has been working in politics for more than a decade and has worked for numerous State and Federal Ministers as a policy, media, speech, and community engagement adviser. During the last year, Aisha has worked as the Director of Community and International Relations in the Office of Federal Senator and former NSW Labor General Secretary Sam Dastyari.