By admin on November 16, 2012Comments Off on Alcohol 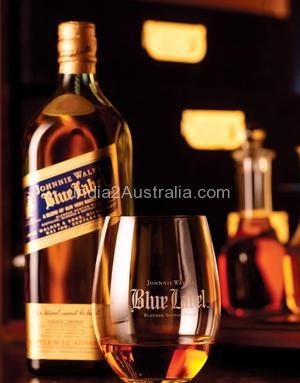 “They are not a nation of snobs like the English or of extravagant boasters like the Americans or of reckless profligates like the French; they are simply a nation of drunkards.” Marcus Clark about Australians.

Australians love to drink wine and beer and have a conversation while they drink. Though the alcohol conception is high in Australia, Australians are not considered as alcoholics generally.  Until recently bottled beer used to be cheaper than bottled mineral water in Australia. Naturally the first asset, any new migrant to this nation, used to acquire was the beer belly. In Australia, It is considered mandatory to have at least a little bit of knowledge about alcohol beverages, not to be considered as a barking donkey among the pure breeds.

The fermentation of sugar into ethanol is the technique used to make ethanol. To produce ethanol a juice product made from cereals or fruit is sealed in an airtight container and yeast is added. The function of the yeast is to break down the sugar content which is present as glucose or fructose in the juice. The yeast breaks down the sugar content releasing several waste products. Ethanol or ethyl alcohol is one of the waste products. This process is called fermentation.

With fermentation an alcoholic beverage of around 15% alcohol can be produced. But to make a stronger alcoholic drink, distillation technique is employed. Distillation is a technique of removing water from liquid. By boiling the liquid, alcohol evaporates and water stays at the bottom. Every time you distil alcohol a cleaner product with a higher concentration is achieved. The condensed vapour will be high in alcohol content. The distilling process can be repeated several times. After distilling, the product requires further processing and aging before being drinkable.
Below are a few Alcoholic beverages found in Australian Liquor shops.

Whisky is an umbrella term for a type of spirit distilled from a mash of fermented grains. Within this are many sub-categories, including bourbon, rye, Tennessee, scotch, Irish, and Canadian style whiskies.  Whisky is typically aged in wooden casks made of charred white oak. Different variety of whiskies is made with different grains. Wheat, corn, barley, malted barley; rye and malted rye are used for making different varieties. The unifying element of different classes of whisky is the fermentation of grains, distillation and ageing in wooden barrels. There are different types of whiskies and the difference comes from the grain used and method of preparation. Bourbon whisky is made from mash that consists of atleast 51% corn . Corn whisky should be made from mash that consists of at least 80% corn . Malt whisky is made from mash that consists of atleast 51% malted barley . Rye whisky, wheat whisky and malted Rye whisky all should consist at least 51% of Rye, wheat and malted rye respectively. Naturally a doubt may arise, ‘ what is malt?’ . Malt is prepared by making the grain germinate by soaking in water and then dried with hot air to prevent further germination.
The most famous whisky, ‘scotch whisky’, has to be produced in Scotland as Scotland has internationally protected the term ‘Scotch’. So to be labelled as Scotch whisky it has to be produced in Scotland. But Scotch whisky is produced outside Scotland following the traditional methods used in Scotland. Some label it as scotch style whisky.
Most whiskies are sold at or near an alcoholic strength of 40% alcohol by volume, which is the statutory minimum in some countries.

Bourbon is a type of American whiskey – a barrel-aged distilled spirit made primarily from corn. The name of the spirit derives from its historical association with an area known as Old Bourbon, around what is now Bourbon County, Kentucky (which, in turn, was named after the French House of Bourbon royal family). It has been produced since the 18th century. While it may be made anywhere in the United States, it is strongly associated with the American South in general, and Kentucky in particular.

Rum is a distilled alcoholic beverage made from sugarcane by-products such as molasses, or directly from sugarcane juice, by a process of fermentation and distillation. The distillate, a clear liquid, is then usually aged in oak barrels.

Brandy is produced by distilling Wine. The word Brandy was derived from the Dutch word Brandewijn which means ‘burnt wine’. Brandy is also produced from fermented fruits other than grapes, which in French typically called eaux-de-vie. If brandy is made from fruits other than grape it is referred to as fruit brandy or by using the name of the fruit. For example apple brandy or pomace brandy . Fruit brandy usually contains 40 -45% alcohol by volume.
Brandy has a traditional quality rating system and these indicators can usually be found on the label near the brand name:
A.C.: aged two years in wood.
V.S.: “Very Special” or 3-Star, aged at least three years in wood.
V.S.O.P.: “Very Superior Old Pale” or 5-Star, aged at least five years in wood.
X.O.: “Extra Old”, Napoleon or Vieille Reserve, aged at least six years, Napoleon at least four years.
Vintage: Stored in the cask until the time it is bottled with the label showing the vintage date.
Hors d’age: These are too old to determine the age, although ten years plus is typical.

Cognac is produced in the wine growing region surrounding the town of ‘Cognac’ in France. It production methods should meet certain legal requirements. It must be made from specific grapes and present time it is made from Ugni Blanc grapes. Cognac must be twice distilled in copper pots. Once distillation is complete, Cognac must be aged in oak for at least two years before it can be sold to the public.

Vodka is made by distillation of fermented substances such as potatoe , cereals and even fruits. Vodka is often considered tasteless and odourless. The basic steps in vodka-making are: fermentation, distillation and rectification, filtration and purification and dilution and bottling. There are flavoured Vodkas also available. Vodkas are distilled many times and at the end of the distillation water is added to lower the proof. The water gives distinct flavour to the vodka.

To put it simple, gin is flavoured vodka. Vodka is alcohol that is distilled to the extent that it has lost its flavour. Vodka is a pure spirit with neutral taste. To make gin, a mixture of herb and spice extract known as botanical is added.   It consists of juniper, cardamom, coriander, aniseed along with orange and lemon zests. Before going further, I must explain what ‘Alcohol proof’ is. Alcohol proof is a measure of how much alcohol is contained in an alcoholic beverage. This measure is obtained by 7/4 times the alcohol by volume (ABV). Once gin is distilled, the next step is to dilute it to a normal strength of 76 – 80 proof.

What is dry gin?

Dry gin or London dry gin has an alcohol proof of 90 with a characteristic citrus flavour. London dry gin is typically produced in a column still and redistilled after the botanicals are added. In addition to juniper, lemon, bitter orange peel, anise, coriander, angelica root and seed, orris root, licorice root, and cassia bark are often added

What is Plymouth Gin?

Plymouth Gin can only be produced in Plymouth England. Not as common as London dry gin it has a sweeter flavor as lemon and bitter orange peel are never used in distillation.

It is a distilled beverage made from Blue agave plant in the area surrounding the city of Tequila in Mexico. Mexico has claimed the exclusive international right to the word ‘tequila’ . Tequila is often made with an alcohol content of 40%, 76 -80 proof.
And finally

(The following information is from Wikipedia )

Champagne is a sparkling wine produced from grapes grown in Champagne region of France following rules that demand secondary fermentation of wine in the bottle to create carbonation.
The primary grapes used in the production of Champagne are Pinot noir, Chardonnay and Pinot Meunier. Champagne appellation law only allows grapes grown according to appellation rules in specifically designated plots within the appellation to be used in the production of Champagne.
“The Drunkard drinks the whole day long
And raves through half the dreadful night
Upon the beer stained table there
The drunkards ruined head goes down”
by Henry Lawson   From book: When I Was King