By admin on December 20, 2015Comments Off on Australia Vs India One Day International and T20 Cricket Matches in Australia 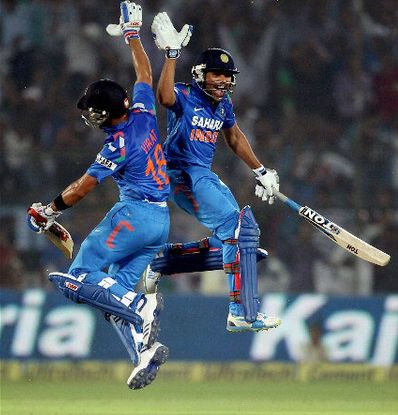 We are taking on Aussies in 3rd ODI of VB series at MCG on 17th Jan. Let’s go together to cheer ‘Men in Blue’.

Cost of an adult ticket in ‘Indian supporters zone Bronze’ is $51 + couple of dollars towards transection and ticketing charge. Please transfer $55/adult to meet up account (Ruchi Arora, BSB 733297, Act # 625957) by COB 8th Sept for us to book tickets together. I know it’s short window but who takes time to decide if they are going to India match or not.

I will also try to book group ticket (and try to get some discount for us) but not sure how will that go. Will keep everyone posted.

Australia Vs India One Day International and T20 Cricket Matches in Australia added by admin on December 20, 2015
View all posts by admin →