By admin on September 20, 2015Comments Off on BOHEMIA Performing Live in Melbourne and Brisbane 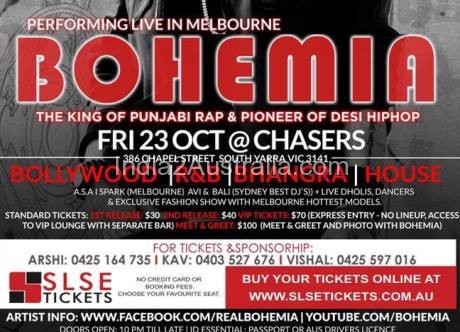 He raps in Punjabi, and is best known for his work in Desi Hip Hop.Bohemia is The Pioneer of Desi Hip Hop. He is regarded as the first ever Desi Hip Hop artist, releasing his first album in 2002.

BOHEMIA Performing Live in Melbourne and Brisbane added by admin on September 20, 2015
View all posts by admin →