By admin on April 13, 2018Comments Off on Commonwealth Games: Two Indian Athletes Suspended after Syringes found in their possession 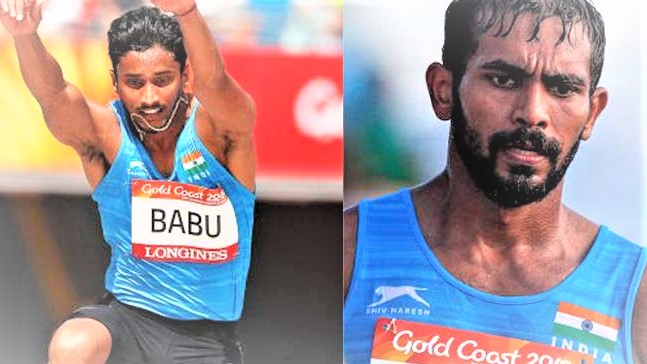 Two Indian Athletes have been kicked out of the Commonwealth Games village in response to the Syringe incident. Race walker Irfan Kolothum Thodi and triple jumper Rakesh Babu were found to be in breach of the no- needle policy and would be put on the next flight home.

The matter was initially disposed of by the Federation Court of the Commonwealth Games Federation but a later review ensured suspension for the Athletes. CGF President Louise Martin said the CGF court was told cleaners found a needle in a cup on a bedside table in Rakesh Babu and Irfan Thodi’s room. One Syringe was also found on Rakesh Babu’s bag. The Court after considering all the evidences at the hearing which took place on 12 April 2018 found that, the testimony of athletes Rakesh Babu and Irfan Kolothum Thodi who denied all knowledge of the needle in the cup in Bedroom 2 and the further testimony of Rakesh Babu that he had no knowledge of the syringe found in his bag in Bedroom 2 are both unreliable and evasive. All the events of Irfan Thodi were finished but Rakesh Babu was due to compete in tomorrow’s Triple Jump final

Indian Chef de Mission Vikram Singh Sisodia, General Team Manager Namdev Shirgaonker, and Athletics Team Manager Ravinder Chaudhry were also found to be in breach of the “no-needle” policy as they failed to ensure compliance with the policy. They are issued a strong reprimand stating any further infraction of the no-needle policy will attract the same penalty. They could lose their accreditation if any other member of the team is found to be in breach of the policy.

2018 Commonwealth Games are held in Gold Coast, Australia from 4-15 April 2018. More than 6,600 athletes and team officials from 71 Commonwealth nations and territories participate at Gaming venues in Gold Coast, Brisbane, Cairns and Townsville. This is the   largest sporting event to be staged in Australia this decade.

Two Indian athletes Rakesh Babu & Irfan Kolothum Thodi were found by the Commonwealth Games Federation Court to be in breach of the CGF ‘No Needle Policy’ for the Games.

Commonwealth Games: Two Indian Athletes Suspended after Syringes found in their possession added by admin on April 13, 2018
View all posts by admin →