By admin on November 26, 2017Comments Off on Deepak Vinayak named ‘Multicultural Champion’ in Victoria 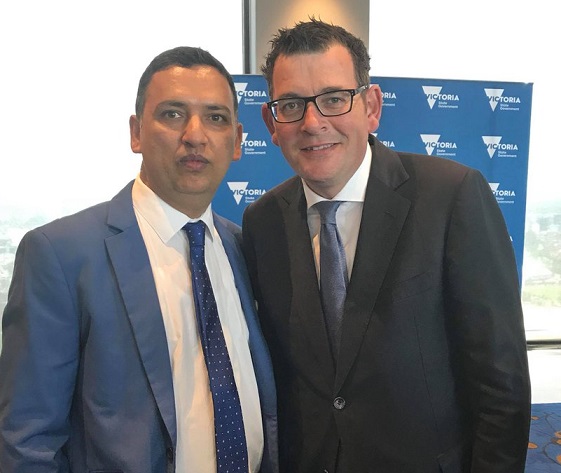 Among the recipients was Pakistani-Australian psychotherapist Batul Gulani, who received the Premier’s Award for Community Harmony for her work with culturally diverse communities.

Previously Mr Vinayak was bestowed with the honour of People of Australia Ambassador, White Ribbon Ambassador and Australia Day Ambassador for 4 consecutive years.

He hails from Bathinda in Punjab and arrived in Australia 21 years ago, He  is a Melbourne based Justice of Peace and Community Liaison Officer at Metro.