By admin on January 7, 2016Comments Off on Depression among Teenagers in Indian Community 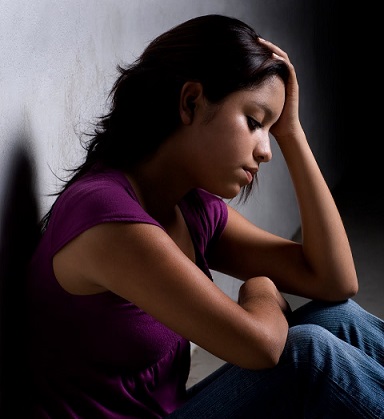 Large scale Indian migration to Australia began only recently. The young families that migrated to Australia ten or fifteen years back, nested and hatched their eggs and the kids are in their teens now. The pestering issue many parents face is bullying at schools and most of the time this happens at an invisible level, like the child feeling isolated at school. This social isolation due to skin colour, body language and other ethnic characteristics have long lasting impact on children. The child grows into a depressed and withdrawn individual and the effects stay till the last breath.

Rajesh Mahadevan, migrated to Australia with his parents when he was 12 years old. His lack of command over English and his ethnic mannerisms made him a laughing stock among his classmates. Fortunately for him, his parents were there to support him and give him the confidence to fight against the odds. Today, in his early twenties, Rajesh is doing his postgraduate studies in Melbourne. This article below was written by Rajesh when he was 14 and he wanted to share it with our readers. He says this is how he has overcome his depression. Whenever he felt depressed, he wrote down his feelings in a paper with a solution to overcome it. The remaining part of the article is unedited and we hope, Indian teens of that age who have migrated here only recently will find this interesting.

Teenage years are full of promises. The unexplored potentials of a person and the hopes build around it make teenage years wonderful. Self-confidence backed with a mind willing to take risks catapults and prepares these little men and women for the real world. But it is an altogether different story for some. Lack of self-confidence, peer pressure and a feeling that they are not up to the bench mark set by friends and parents , makes life terrible for a few of them. That is the time teenage blues sets in. Loneliness and isolation that follows makes things worse .It is found that, these teenagers who are ignored from the mainstream have great talents and potential which otherwise could have hold a promise for the future. Let us look into the factors that make these great little guys and gals force to choose the road they don’t prefer to travel.

Teenage years are all about getting noticed in one’s domain. It could be based on the natural instinct to breed and populate the best genes. There are natural leaders and natural followers. As we grow old, we learn to accept our limitations. But in teenage years it is all about covering our weaknesses and trying to be someone else. Everyone is unique and everyone has the right to be unique and different. But the society always holds certain standards for right and wrong. Those who defy those standards and try to be different will fall victim to the foul game that gets played again and again to bring back an individual to the boundaries already set.

Teenagers overcome this by trying to be someone else. They try to be like people they admire. It could be a friend whom they admire or people they think are a level above them. As actress Judy Garland once said, “It is always good to be the first rate version of yourself rather than being a second rate version of someone else “. Being ourselves always pays off because in short term it makes life easier. Being someone else adds pressure to the already tense situation teenagers are in. In the long term being comfortable of one’s own self will boost self-confidence of an individual. It is a win – win situation and will make life easier. So promise yourself that you will never try to be someone else to please somebody else. As you gain confidence in yourself, you will find that this somebody else is a nobody and it is a good thing that you did not waste your time trying to be someone else.

A sculptor can create a beautiful sculpture out of an unwanted rock. Some people require a bit of touch and polish to reveal their true self. In the process of transformation of a rock to a sculpture all that takes is removing the unwanted extras. As a teenager never spare a chance to improve yourself. Watch the world around you; make a list of things that you think will improve your world. Set a target and try to achieve it. You will find the true gem shining out of what you thought was only a charcoal. After all why did you think that you are a charcoal? It could be because those surrounded you made you feel that you are hopeless. Remember one thing, “No one can ever make you feel inferior without your consent”. If you don’t want to give that consent to others, first step is to build your self-respect. A person with self-respect can send the vibes of positive energy around them.

What we do if we fail one after the other. First time when we failed, we consoled ourselves and put all our efforts for a second time win. But lady luck did not smile that beautiful smile we expected from her. She totally ignored us again and again and again. Gradually, we will find that those self-assurances are not working. Before we write ourselves off, think again. There are some techniques that will help us hold on until we see light on the other end. The light of success .When we are born into this world no one has promised us a life of success and comfort. The only assurance we received from the creator was an existence on a moment by moment basis. It’s our duty to live every moment and make those moments wonderful.

Feeling depressed and hopeless? Talk your way to high level of self-esteem. Pat on your back for the advancements you make however minor they are. Your brain believes, things that you talk to it just before the moment you fall asleep. So fill your mind with positive thoughts always and especially when you are on bed for a sleep.

It is a choice you have to make. Everyone fails. If anyone told you that they never failed, it only means that they never tried. You have failed. You consider yourself a failure and feel that you are hopeless and suffer from low self-esteem. It is much worse than the other scenario. You have failed. But you are full of hope and positive vibes and think that if not today, tomorrow things will be different. By choosing this way you are doing a favour to people around you too because they also will feel this positive vibes.

Depression among Teenagers in Indian Community added by admin on January 7, 2016
View all posts by admin →