By admin on October 4, 2013Comments Off on Digital Camera 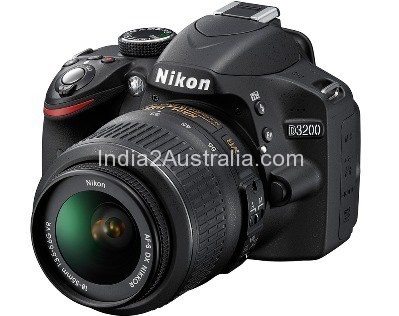 Capturing the beautiful moments in life to cherish forever is more than a hobby for Indians living abroad. It is no wonder that a camera is the first electronic equipment any Indian buys, once they migrate to a foreign country. Indians in Australia are not an exception to this statistics backed fact.

Here we are presenting some necessary information about digital cameras, which may come handy for those eyeing their first Camera.  Camera salesmen use many gimmicks to confuse the buyer. Optical zoom and digital zoom are part of one such gimmick.   Optical zoom is the real zoom which provides the required magnification.  Higher digital zoom on the other hand is not a necessity. Digital zoom expands the pixels of the photograph you are viewing through your camera LCD panel.  It just makes you feel that you are closer to the object and you get a pixelated low quality photograph.

In a similar way, Cameras boasting of higher mega pixels, may not give better quality pictures compared to cameras with lower megapixels. Picture quality depends on many other factors . Cameras are usually sold in three main categories. They are compact camera aka point and shoot camera, bridge camera and DSLR professional camera.

They are automatic cameras for taking still digital images and some come with the capacity to capture videos. Unlike the digital SLR, compact cameras are small in size, light in weight and easy to use. They are also known as point and shoot cameras. When choosing a compact camera, the priority should be on the features and the suitability it offers to you depending on the depth of your pocket. It comes with a  wide range of features like ultra-thin, waterproof, shock proof, optical zoom etc. The major drawback of compact cameras is that the user won’t be able to control the image taken, but has to satisfy with the pre-set controls in the camera.

They position between compact cameras and digital SLR. Bridge camera’s lack the interchangeable lens system of SLR, but will be comparable in size and weight to smallest digital SLR models. They come with full manual controls over shutter speed, aperture, ISO sensitivity, colour balance and metering. Most bridge cameras have long zoom lenses. They are easy to carry like compact cameras but give the user the option to control the image taken. The speciality of these cameras is the super zoom they offer. 35 – 700 lens in a DSLR Camera gives around 5.4x zoom, while bridge cameras will be give 25x , 35x, 40x zoom. Canon PowerShot SX50 HS , Fujifilm FinePix HS50 EXR, Nikon Coolpix P520, Panasonic Lumix FZ200, Sony Cyber-shot HX300 are some of the well-known bridge camera models.

In a Digital single lens reflex camera, view finder presents images that are same as the  one captured by the cameras sensor. This is achieved by employing the reflex design. In the reflex design, light travels through the lens, then to a mirror that alternates to send the image to either the viewfinder or the image sensor. The ability to exchange lenses, to select the best lens for the current photographic need, and to allow the attachment of specialized lenses, is one of the key factors in the popularity of DSLR cameras.

Image sensors are basically silicon chips positioned inside the camera behind the lens, which captures light bouncing off a subject and converts that into digital information. The important factors are the image sensors pixel count and physical size.

Cameras are usually advertised with the pixel count; 14megapixels (MP) , 18 MP, 20 MP etc.  One mega pixel is one million pixels.  An 18 MP image sensor will be able to process up to 18 million pixels of digital information.  Generally speaking more mega pixel is better quality of picture.  But that is not true as the quality depends on many other factors.  The most important factor that defines the picture quality is the physical size of the image sensor and the image processing that happens after the image is captured. The size of the image sensor matters because they allow more space for pixel to gather light efficiently.

DSLR Cameras come in two types depending on the size of the physical size of the sensor. Crop format or DX Format or APS-C image sensors is used on many entry level and mid-range DSLR Cameras.  The sensor sizes in these are 5/8 x 1 inch.   The larger full frame image sensors are called FX Sensors which measures around 1 x 1 1/2 inches.

Mostly used are digital sensors are charge-coupled device (CCD) or complementary metal–oxide–semiconductor (CMOS) active pixel sensors. Both types of sensor accomplish the same task of capturing light and converting it into electrical signals.

Each cell of a CCD image sensor is an analog device. When light strikes the chip it is held as a small electrical charge in each photo sensor. The charges are converted to voltage one pixel at a time as they are read from the chip. Additional circuitry in the camera converts the voltage into digital information.

A CMOS imaging chip is a type of active pixel sensor made using the CMOS semiconductor process. Extra circuitry next to each photo sensor converts the light energy to a voltage. Additional circuitry on the chip may be included to convert the voltage to digital data.

The barrel shaped package positioned in front of the camera is an array of optics called lens elements. It focuses the object to get a sharp image and adjusts the depth of field. Regardless of the type all lenses control four basic functions: focus, exposure, angle of view and depth of field.

All lenses have an aperture, an opening created by a series of overlapping blades; the lens aperture is adjustable to allow varying amounts of light to reach the image sensor.  The amount of light reaching the image sensor is called the exposure.  A large opening is required for good exposure when photographing in low light.  The f0 stop numbers are used to denote lens openings.  The higher the number, smaller the opening.  f/22 lets in much less light than  f/4.

The file format decides how the digital file is compressed and saved in the camera. The most commonly used formats are JPEG, TIF, and RAW.  JPEG offers efficient storage, good quality , quicker transmission and editing.  The disadvantage of JPEG is that the information lost during compression can’t be recovered. It offers less flexibility in post-production. On the other hand RAW files offers information rich format which uses lossless compression.  RAW offers much flexibility in post-production.  RAW is the purest form of digital capture providing large size image files adn much more to work in post-production.  RAW files are identified by the file extension associated with the camera. RAW extension for Canon is .cr2 , Nikon .nef and Olympus .orf .

There are many types of Memory cards made by different manufacturers.  The main way to distinguish them is the type , capacity and the speed of the card.

The most common types of memory cards used are Secure Digital Cards (SD Cards ) and Compact Flash Cards ( CF Cards ) . Most cameras take only one type but a few take two.   There are variations for both type of cards. SDHC and SDXC are SD variants that provide expanded storage capacity.

The other major distinguishing factor is the capacity of the cards. Cards are available in many different capacities like 8GB, 10GB, and 18GB etc.

Memory cards are rated according to their data transfer rate indicating how many bytes of information the card can handle per second.  The higher the transfer rates better the card.

Most DSLR Cameras come with high definition video recording. But it may not be good to use DSLR Cameras for video recording.  While taking a photo the camera sensor will be used for fractions of a second amount to the opening and closing of the shutter.  But when we use the camera for recording videos, the sensor is used for a much  longer time which will cause the sensor to overheat, which may eventually destroy the quality of the sensor. If the sensor is diminished in performance, it is better to buy a new body rather than replacing the sensor.

The Best place to buy a camera in Australia

Once you have decided on buying a camera and came to a decision on the model and make , the daunting question is the best place to buy it.   Now day’s cheapest prices are available online.

http://www.dwidigitalcameras.com.au , http://www.kogan.com are some of the reputed sellers that offer cheaper prices than the shops.  Check  the prices online before  you head for a store .  These prices can be a bargaining chip for you and you may be able to score a better price at your favourite store.

Harvey Norman , J.B Hi Fi, Good Guys and  Ted’s  are some of the well-known shops selling digital cameras .  At Harvey Norman , camera prices are  usually higher than the rest, and you get nothing in exchange for the premium price you pay .  So I generally don’t recommend Harvey Norman for Camera buyers.

With Good Guys, You pay less if you pay cash.  At the Good guys , one will be able to get a price that is 20 – 30 % lower than the displayed price, if you are good in bargaining . Same goes with JB Hi Fi too.

At Ted’s Cameras, the price is always higher than everywhere else.  But most of the time the cameras are of Japanese make.  Cameras of the same models made in Japan are much better in quality compared to those made in China , Taiwan , Thailand or Malaysia. So paying the premium  price is justified in most of the cases.

Digital Camera added by admin on October 4, 2013
View all posts by admin →