By admin on December 15, 2015Comments Off on Dilwale Hindi Movie Session Time for Australia ( Melbourne, Sydney, Perth, Adelaide and Brisbane)

Dilwale, Musical action comedy is directed by Rohit Shetty and Produced by Shahrukh’s wife Gauri Khan and Shetty. This Red Chillies banner movie is expected to break all Collection records so far. Shah Rukh Khan and Kajol are the leading pair along with Varun Dhawan, Kriti Sanon . The Film score is composed by Amar Mohile with songs composed by Pritam Chakraborty and Lyrics written by Amitabh Bhattacharya. Dilwale is releasing in Australia ON 18TH December 2015. Kriti Sanon had signed for Akshay Kumar’s Singh is Bling earlier this year but opted out of the project to star in Dilwale. 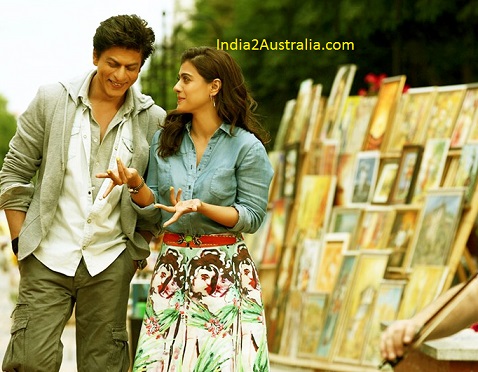 Brief information about the Movie Dilwale

Maharashtra politician Raj Tackery’s MNS has appealed to the public to boycott Dilwale for Shahrukh’s opinion on intolerance in India. This is an opportunity for Indians to declare to the world that such  politicians have no place in India.

MNS issued a statement saying , “Farmers in Maharashtra, especially in Marathwada, are reeling under drought. Khan, who has been residing in the state and has made a lot of money, has not helped farmers in distress. When his help is needed, he isn’t forthcoming. We are not seeking a ban. We are only appealing people to boycott the film. SRK is taking Maharashtra for granted.”

Movie actors are not the ones to help the farmers. It is the duty of the politicians. It is time to wipe out  nasty politicians interested in playing games and nothing else.