By admin on October 31, 2015Comments Off on Dr N Gopalakrishnan to tour Australia 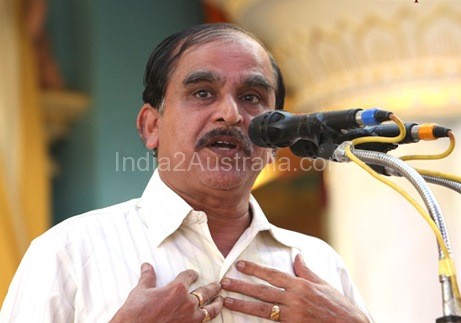 This is a never miss event.

His program schedule is as follows

He has 28 years of research experience, 50 scientific research papers in national and international scientific journals, 7 patents, 6 awards for scientific research, 9 science popularization awards from India and abroad, two fellowships, 60 books, (MP3) 200CDs, 50 VCDs, more than 6000 lectures and has 200 hrs of speeches in Television media in India and abroad, to his credit. He has visited US, Canada, UK and Middle Eastern countries many times and delivered a series of lectures in Indian and foreign universities. He was a fellow of University of Alberta, Canada.

He delivers lectures to the executives, managers and professors for many companies, universities, training institutes and professional colleges. He is the founder Director of Indian Institute of Scientific Heritage, Thiruvananthapuram, India (695 018) and devoting full time for establishing the National Heritage Center for learning and teaching the Indian Scientific heritage. He is the only scientist who has been awarded D.Litt for his research and studies in Sanskrit. He serves as a spiritual teacher from Kerala, India. He, along with a few others founded Indian Institute of Scientific Heritage in 1999.

Dr N Gopalakrishnan to tour Australia added by admin on October 31, 2015
View all posts by admin →