By admin on October 16, 2016Comments Off on Dussehra at Rockbank Durga Temple in Melbourne 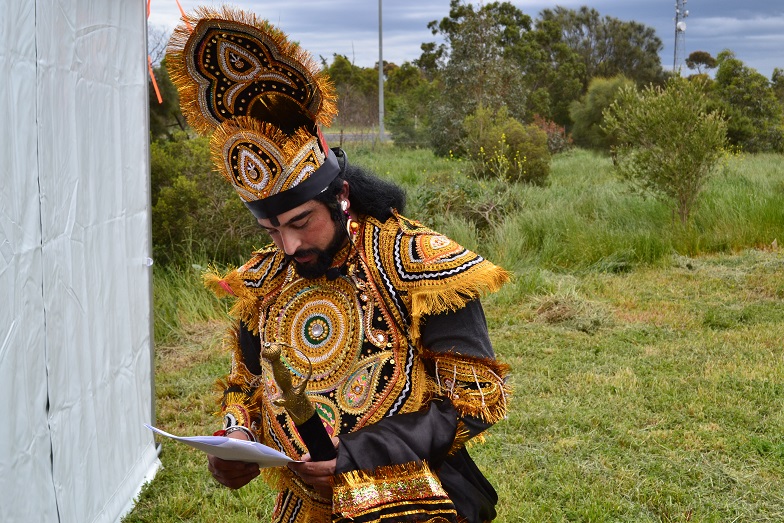 Two freeways and forty-two minutes later, through the Caroline Springs housing estate, when I reached Rockbank Durga Temple, a Crain was lifting up Ravan’s effigy for burning up later.  Myself, a frequent visitor from the days of its makeshift existence, the temple has come a long way – thanks to the selfless services of volunteers and organisers.  Today, 16th of October 2016, the temple celebrates Dussehra and the nearly five hundred cars parked around the temple declares loudly the success of the program. 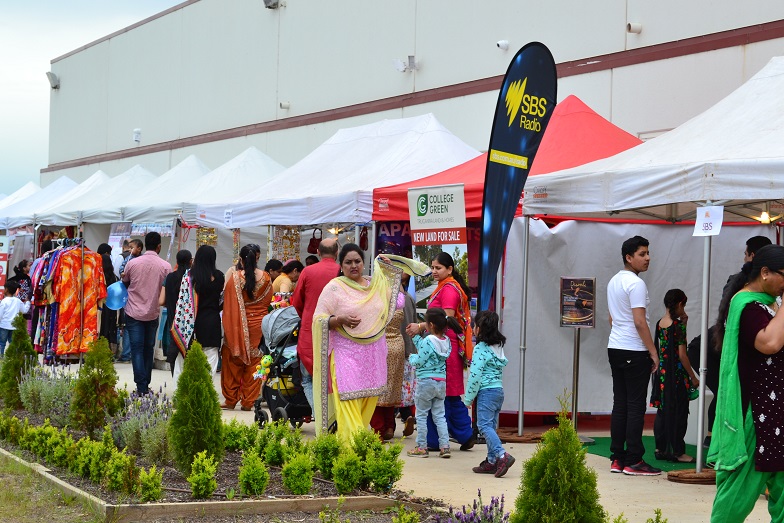 Dussehra (Vijaya Dashami) is a Hindu festival that celebrates the victory of good over evil. Here Ravan is the evil and Lord Rama, The Good – But I don’t agree. In the whole of Ramayana there is nothing to suggest that Ravan is evil. A good and efficient ruler of a prosperous and technologically advanced Kingdom, Ravan cared for his subjects and kept enemies at bay.  The only serious criminal offence accused on him was the abduction of Sita – Wife of Sri Rama. But considering what Lakshman had done to Ravan’s sister Shoorpanakha, anything from Ravan’s side could be justified.Lakshamana cuts off Shoorpanakha’s nose, breast and ears. There is an offshoot to Ramayana which also suggests that Sita was Ravan’s daughter.  While Ramayana justifies Lakshmana’s actions – Mahabharata keeps Dushasana on the hook for disrobing Panchali, but skilfully played a nudge and wink on Yudhishtira’s right to place her at stake. To uphold my version of fairness and justice, I decided from the beginning not to be a part of the effigy burning insult of Ravana.  I could afford to be critical of Sri Rama, who is one of the pillars of Modern Hinduism and still consider myself as a devout Hindu – and that is the beauty of Hinduism. 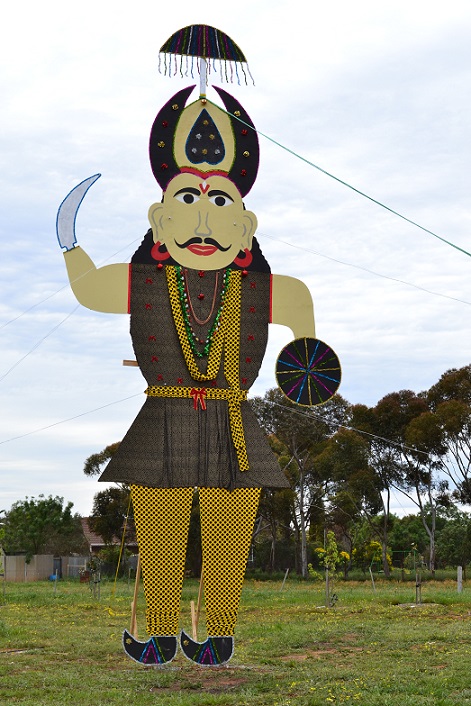 Rockbank Durga Temple can accommodate around 4000 people inside the temple and is the largest Durga temple in Australia. This is also a testimony to the sacrifices made by many people who volunteered their time and money to make it happen. The temple committee president, who in his dark glasses looked more like a mafia kingpin was active in organising the festivities. A eleven ‘0’ clock start for the programs as per the temple leaflet was not honoured keeping in line with the Indian tradition. But Cholle Battoora was readily waiting for me to inaugurate my entry. 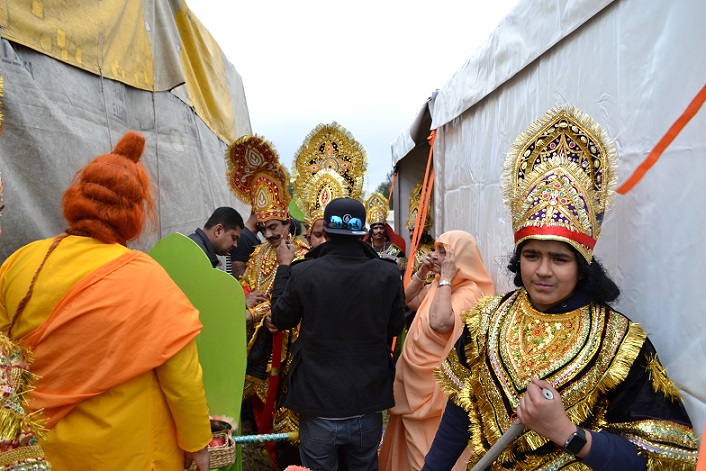 The cultural programs were amateurish, but it was more like a family get together. It is better that way – great to cheer little kids having a good time on stage. When Ramleela began on stage, the rain was demanding a part for it to play and finally it rained.  Linger on till Ravan Dahan?  I decided not to. I don’t want to be a part of a great injustice done to a great king over the centuries. Bid adieu, but I will be back for the Kumbhamela at the temple on 6th November. 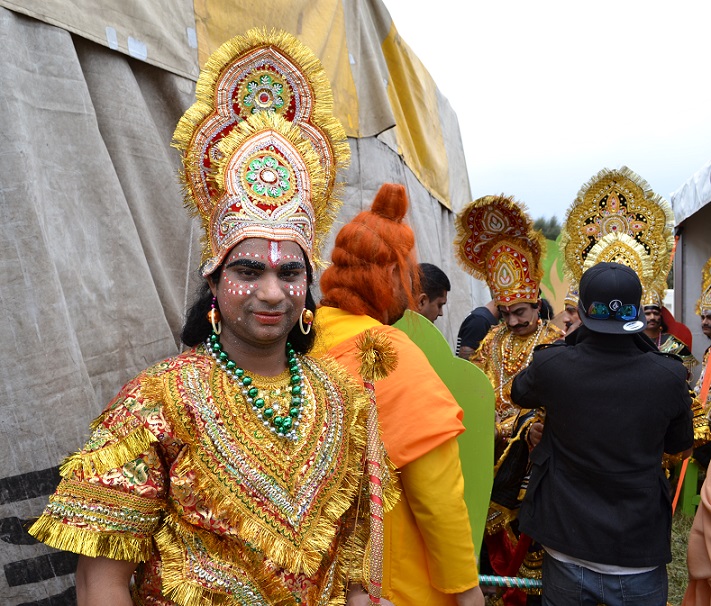 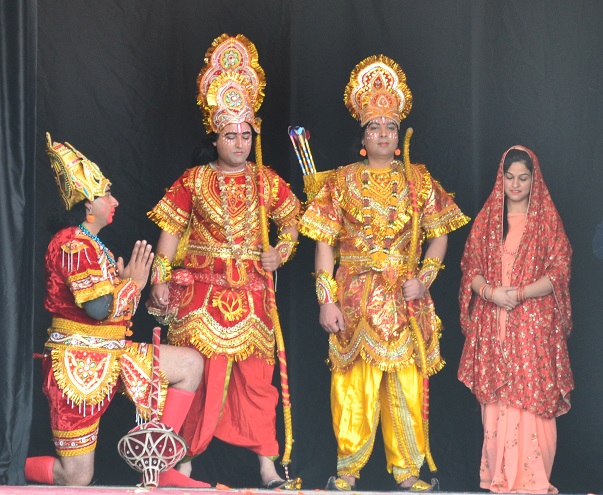 Dussehra at Rockbank Durga Temple in Melbourne added by admin on October 16, 2016
View all posts by admin →