By admin on October 12, 2014Comments Off on Ebola, What you should know

There is currently an Ebola outbreak putting all of us at risk. 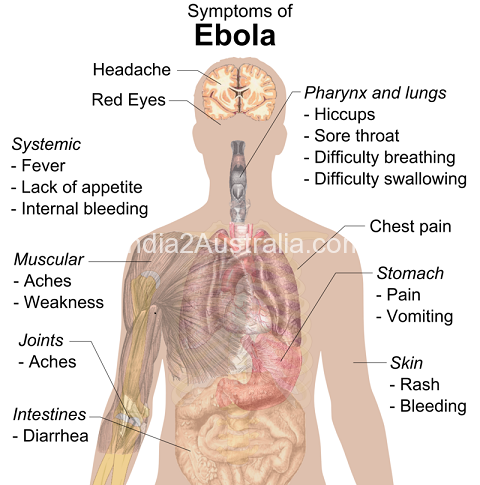 It’s a virus that attacks a person blood system:Ebola is what scientists call a hemorrhagic fever – it operates by making its victims bleed from almost anywhere on their body. Usually victims bleed to death.Ebola is highly contagious; Being transmitted via contact with body fluids such as blood, sweat, saliva, semen or other body discharges.Ebola is however NOT AN AIRBORNE VIRUS!EXTREMELY deadly: About 90% of people that catch Ebola will die from it. It’s one of the deadliest diseases in the world, killing in just a few weeks.Not treatable(no cure): Ebola has no known treatment or cure. Victims are usually treated for symptoms with the faint hope that they
recover.

How Do I Know Someone has Ebola?

The symptoms for Ebola

How to Protect Yourself from Ebola ?

•Wash Your Hands with Soap Do this a lot. You can also use a good hand sanitizer. Avoid unnecessary physical contact with people.■Restrict yourself to food you prepared yourself.■Disinfect Your Surroundings The virus cannot survive disinfectants,heat, direct sunlight,detergents and soaps.Clean up!:
•Fumigate If you have Pests.
•Rodents can be carriers of Ebola.
•Fumigate your environment & dispose off the carcasses properly!
•Dead bodies CAN still transmit Ebola.
•Don’t touch them without protective gear or better yet avoid them altogether.Protect Yourself:
•Use protective gear if you must care or go nearsomeone you suspect has Ebola.Report:
•Report any suspicious symptoms in yourself or anyone else IMMEDIATELY. Do not delay!

Educate Everyone:
•Tell your neighbors, colleagues and domestic staff (anyone really). Basically you’re safer when everyone is educated.
•dont share alcohol.

Ebola, What you should know added by admin on October 12, 2014
View all posts by admin →