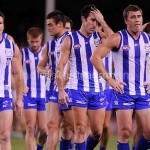 The rugged individualism and  daring head- on aggressiveness, embodies the spirit of Australian nation. It is no wonder that a game that embodies the spirit of young Australia took on most of its characteristics. The Australian Rules football or footy owes its uniqueness to Australian way of living. The game was developed during a period, when large numbers of Irish were making the dash to the Victorian Goldfields, so the compelling argument of comparing it with Irish Gaelic football has some merit. The game was devised initially as a form of fitness training for Victorian cricketers to enable them to beat those from New South Wales
On 7th August 1858, the first official match of Australian football was played between St. Kilda and Melbourne Grammar School. On those years Victoria has remained the strength of Australian football. Until recently New South Wales along with Queensland, resisted in the intrusion of Australian football in a major way, and the game played  a secondary role to the rugby codes.

Number of players in Australian Rules football or footy

The game’s uniqueness is seen in many ways. It is played between two teams of 22 players each , 18 of whom can be on the field at once.

The size of the field for Footy

Historians say that the game was played on rectangular fields, but the game is now one of the very few fields games not played on a rectangular field.
Four posts, aligned in a straight line, 6.4 metres apart from each other, are erected at either end of the oval. The size of the ground is not fixed, but is generally between 135-185m long and 110-155m wide. Lines are drawn on the field to mark
the boundary,
a 50m wide centre square,
two concentric circles in the centre with diameters 3m and 10m, both bisected by one line,
a 9×6.4m goal square at each end of the ground,
a 15m wide interchange on one flank of the oval.
a distance of 50 metres from the goal line (the “Fifty Metre Line”); after introduction of 50m centre square, the “Fifty Metre Lines” were replaced by 45m lines at Sydney Cricket Ground due to the ground’s length, to avoid the overlapping with the centre square

The primary aim of the game is to score more points than the opposition. Points are gained by moving the ball over lines between four uprights, each 6.4m apart, at either end of the field . If the attacking team kicks the ball between the middle two uprights without the ball touching any other player or the posts, a goal worth 6 pts. is awarded.
A single point is scored for a behind, when the ball passes between the outer posts on either side of the goal or when the ball has been touched by any other player prior to passing through the middle uprights. This rewarding of players   for a near miss on goals is a feature unique to Australian football.
Reference: Australian football steps to success :    By Andre McLeod and Trevor D . Jacques