By admin on September 24, 2014Comments Off on GANDHI BEVINAKOPPA LIBERAL CANDIDATE FOR CLARINDA 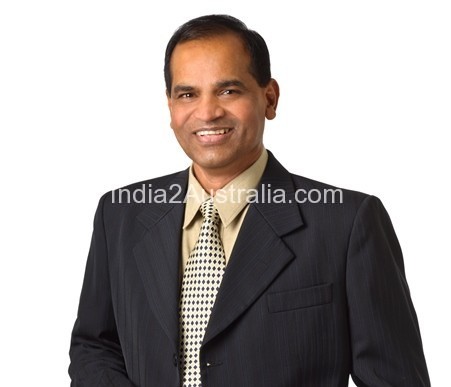 Gandhi Bevinakoppa will contest the seat of Clarinda for the Liberal Party at November’s State Election. Gandhi said he was extremely proud and honoured to have been endorsed as the Liberal Candidate for Clarinda. Gandhi lives  locally with his wife Savitri and his three children.

“As a small business owner for over 20 years, I understand the issues faced by the local community and will work tirelessly to help create a climate to drive employment growth and ensure there is investment in local infrastructure, health and improving the environment.”

“Our community needs certainty and a government with a real plan for the future. Local families simply can’t afford a return to the waste, mismanagement and budget blowouts that come with Labor Governments.

“Premier Denis Napthine and the Coalition Government have set Victoria’s finances back on track.

“Only a Coalition Government will deliver the infrastructure Victoria needs for the future – to support growing communities and the local economy.

“I’m proud to be part of the Liberal team that is Building a Better Victoria with major projects like the East-West Link and the expansion of the Port of Melbourne. The Napthine Government is building a better health system for the people of Clarinda, with the $250 million redevelopment of the Monash Children’s Hospital, which will not only better health in the region but will create 700 jobs.”

“I look forward to meeting with local residents over the coming months and speaking to them about how we can build a better Clarinda.”

Gandhi can be contacted at:

GANDHI BEVINAKOPPA LIBERAL CANDIDATE FOR CLARINDA added by admin on September 24, 2014
View all posts by admin →