By admin on January 17, 2015Comments Off on Gurinder Sandhu in Australia’s ODI squad

Gurinder Sandhu born on June 14, 1993, at Blacktown in New South Wales, is all set to join Australia’s International cricket team. He has been chosen for the first two, One Day International matches against England and India. He has represented Australia in under 19’s world cup before.

The 21-year-old right handed fast bowler Gurinder was born in Australia to Punjabi parents, migrated in the 1980s. His parents are from Hardialeana in Faridkot district.

But Gurinder Sandhu is not the first Indian born Cricketer to play for Australia. Bransby Beauchamp Cooper was a member of the Australian cricket team that played in the inaugural Test match at the Melbourne Cricket Ground in 1876–77. He was the first Indian-born cricketer to play Test cricket.. In 1964, Rex Sellers, who was also born in India, played a Test for Australia in India. Rex was born in Valsad in Gujarat while Cooper was born in Dacca, British India . Dacca is now Dhaka the capital of Bangladesh. In 2001, Lisa Sthalekar represented Australia for a one-dayer against England in women’s cricket. 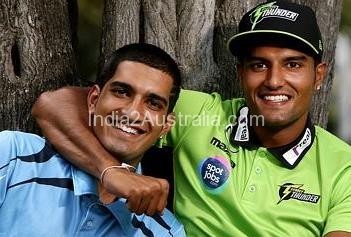 Gurinder’s younger brother Harmon is taking part in the under-19 national championships beginning in Adelaide is hoping to follow in the footsteps of his older brother.

Gurider Sandhu’s performance at the under – 19 level opened his entry in to the NSW domestic cricket scene in 2013 -2014. Though he played only two Sheffield Shield games and four Ryobi Cup matches, Sandhu was awarded the Steve Waugh Medal as NSW’s player of the season after finishing with 14 wickets in the Shield at 11.85 and 14 at 14.57 in the Ryobi Cup. He was the leading wicket taker at the Matador club. Ricky Ponting has named Sandhu as one of the probable for the Australian World cup squad. But Sandhu did not make to the World Cup team instead picked in the Australian ODI team for the tri series with India and England which will commence on 18th January.

Initially he was selected in Australian squad as a standby player for the opening matches of the Tri-Series, and with Mitchell Johnson sidelined by a hamstring injury and Hazlewood and Starc still recovering from the Test series against India, Sandhu will make his debut when the Aussies take on England .

His father, Iqbal Singh works as a taxi driver in Sydney and mother Sukhminder Kaur, a house wife. 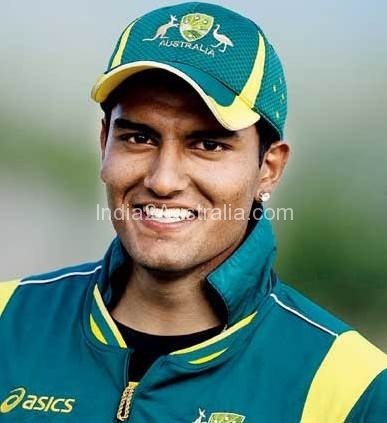 Gurinder Sandhu in Australia’s ODI squad added by admin on January 17, 2015
View all posts by admin →