By admin on October 8, 2015Comments Off on The Guru’s Ashram Steve Jobs and Mark Zuckerberg came to visit in India

In the 70’s Steve Jobs, the founder of Apple Inc, then still in his teens came to India with his friend Dan Kottke, in search of those odd things, hippie culture in America promoted. At that time he was working for a video game company named Atari. It is believed that his connections with Hare Krishna in his college days was the sole reason for his travel to India. As a student he did not have a dorm room so he used to sleep on the floor of his friend’s room. The only good meal he had on those days were the free meal at the Hare Krishna Temple. Every week, on Sundays, he used to walk 7kms across town to have that vegetarian meal.

Soon he backpacked to India to experience spiritual enlightenment. Steve found India intense and disturbing for its chaos and poverty. In India he visited the Ashram of Neem Karori Baba. But Baba died before Steve could make it to the Ashram. Steve was not at all impressed by India but Buddhist philosophy made inroads into his powerful brain. Later in life, Steve was more preoccupied with his life mission of making innovative products for the world market but India did not feature in any of his projects. Years later Steve Jobs advised FaceBook founder Mark Zukerberg to visit the Ashram in order to have a broader world view. Zuckerberg went to India with just a book in his hand and  even without a change of clothes. He reached Patnagar by air then took a cab to the Neem Karoli Ashram in Nainital. But Zuckerberg never mentioned about any positive influence the Ashram had on him. He was intended to stay for only a day, but stayed two because his flight was cancelled due to storm in the area. 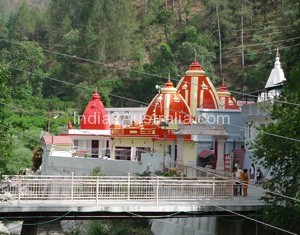 In a speech given during Indian Prime Minister Narendra Modi’s recent visit to the Facebook head quarter in US, Zuckerberg said, “So I went and I travelled for almost a month, and seeing people, seeing how people connected, and having the opportunity to feel how much better the world could be if everyone has a strong ability to connect reinforced for me the importance of what we were doing and that is something I’ve always remembered over the last 10 years as we’ve built Facebook.”

Who is Neem Karoli Baba?

The best description about Neem Karoli baba aka Neem Karori Baba is found in the book Miracle of Love compiled by one of his disciples Ram Dass . Here it goes

” There can be no biography of him. Facts are few, stories many. He seems to have been known by different names in many parts of India, appearing and disappearing through the years. His non-Indian devotees of recent years knew him as Neeb Karori Baba, but mostly as “Maharajji” – a nickname so commonplace in India that one can often hear a tea vendor addressed thus. Just as he said, he was “nobody”. He gave no discourses; the briefest, simplest stories were his teachings. Usually he sat or lay on a wooden bench wrapped in a plaid blanket while a few devotees sat around him. Visitors came and went; they were given food, a few words, a nod, a pat on the head or back, and they were sent away. There was gossip and laughter for he loved to joke. Orders for running the ashram were given, usually in a piercing yell across the compound. Sometimes he sat in silence, absorbed in another world to which we could not follow, but bliss and peace poured down on us. Who he was no more than the experience of him, the nectar of his presence, the totality of his absence”

Neem Karoli baba was born as Lakshmi Narayan Sharma at Akbarpur in Uttar Pradesh in a Brahmin family. Even from a very young age, he was a devotee of Hanuman. He lived a normal life in his village, but left home and his family after the age of 50 and wandered around North India as a Sadhu. He was known by many names as he wandered around the country but  is popularly known as Neem Karoli Baba. During his life two main ashrams were built, first at Vrindavan and later at Kainchi, where he spent the summer months. In time, over 100 temples were constructed in his name.

Baba’s philosophy revolves around Bhakti Yoga and service to others. Baba died on September 11, 1973 in a hospital at Vrindavan

The Guru’s Ashram Steve Jobs and Mark Zuckerberg came to visit in India added by admin on October 8, 2015
View all posts by admin →