By admin on July 15, 2017Comments Off on Hari Singh Stabbed at Southland Shopping Centre Carwash 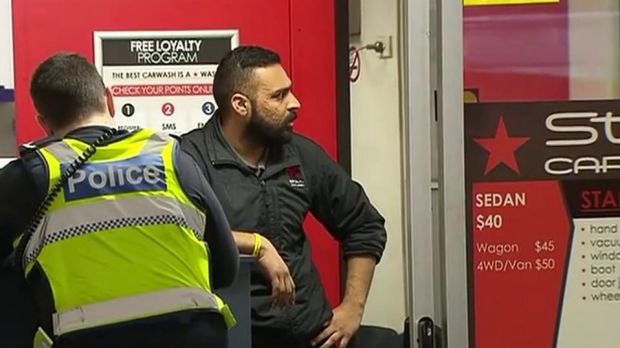 Indian Origin car wash attendant Hari Singh was stabbed after confronting a thief at Star Car wash in Cheltenham on Saturday, 15th July 2017 at 3:30PM.  The incident happened, when a man of Caucasian appearance tried to steal two sets of car keys from the car wash. Prince Singh, the manager of the car wash confronted the thief, grabbed the thief by his neck and managed to retrieve the keys. Prince’s cousin Hari Singh rushed to his help. The thief by then pulled out a knife and stabbed him in the leg. Hari was taken to Sandringham Hospital for treatment

Police are searching for the attacker, who is described as Caucasian and in his early 20s. He was wearing dark clothing and carrying a backpack.