Harinder Sidhu appointed as next Australian High Commissioner to India

By admin on February 11, 2016Comments Off on Harinder Sidhu appointed as next Australian High Commissioner to India 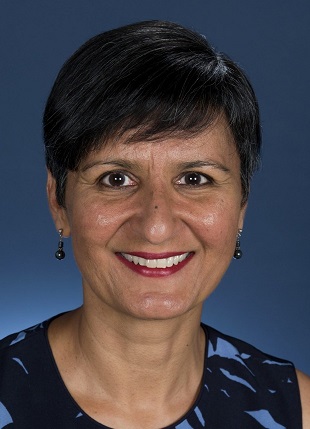 Ms Harinder Sidhu is appointed as the next High Commissioner to India. Sidhu takes over from Patrick Suckling who has been posted in India since 2013. Sidhu also have a non-resident accreditation to Bhutan. She was serving as the First Assistant Secretary of the Multilateral Policy Division. She is an official who held senior positions in the Office of the National Assessments and Department of the Prime Minister and cabinet.

Making the announcement, Australian foreign affairs Minister, Julie Bishop said, “India is one of Australia’s closest and most significant partners in the Indo-Pacific region. It is our 10th largest trading partner and our two-way investment is worth over $20 billion,”

Sidhu said she is looking forward for her new role in India. “At a personal level, I have always been fascinated by the country of my heritage and am keen to learn more about India – its language, culture and history – while I am there.”

Harinder Sidhu’s appointment has an added significance with Australia pushing for closer trade relationship with India. A rejuvenated India, under Prime Minister Narendra Modi’s leadership wants to extend the closer ties to other areas like Military and technological co-operation. Both the countries conducted bilateral maritime exercises together in 2015. The West wants to keep India as a buffer to China’s growing military power.

Harinder Sidhu appointed as next Australian High Commissioner to India added by admin on February 11, 2016
View all posts by admin →