By admin on July 8, 2017Comments Off on How Sydney Got its Name? 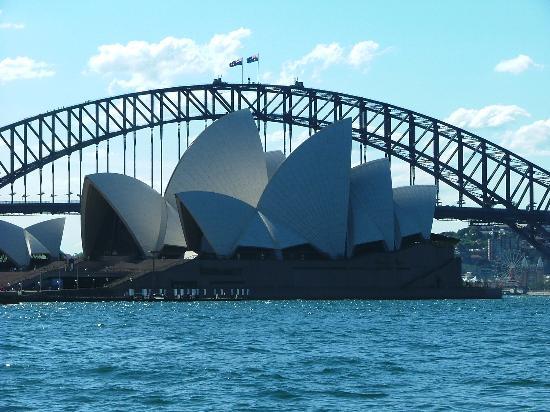 James Cook and the crew of HMS Endeavour first sighted east coast of Australia on 19th April 1770. Nearly ten days later they landed in the bay, which the ships naturalist Sir Joseph Banks named as Botany Bay. A favourable report from the duo back to London about the possibility of establishing a colony there, resulted in arrival of the first fleet, 18 years later in January 1788. After the American war of Independence, the newly formed United States refused to accept further convicts from Britain. Britain needed to establish a new colony to send the convicts.

The First Fleet, under the command of Captain Arthur Phillip, consisted of 11ships carrying nearly 1500 people arrived in Australia from 18 to 20 January 1788. They landed in Botany bay but the land proved to be unsuitable for settlement for lack of fresh water supply.

Searching for a better location, on 26 January, the Fleet arrived at a new anchorage in Port Jackson, which had fresh water, trees fit for building houses, fertile soil and deep water close to the shore for a port. Phillip named it Sydney Cove, after Lord Sydney then British Home Secretary and the City which has grown up around it, now bears his name.

Captain Arthur Phillip initially intended to name the place, New Albion. Albion was an ancient poetical name for England. But reasons known only to Phillip, ‘Sydney Cove’ was used.

It was Lord Sydney, as Secretary of State for the Home affairs, in September 1786  appointed Phillip, captain of HMS Sirius and named Governor-designate of New South Wales, the proposed British colony. That was an age of political patronage, which ensured career advancement. For an intelligent man like Phillip, much thought may not have required to change the name from Albion to Sydney.

Who was Lord Sydney?

Thomas Townshend, 1st Viscount Sydney (24 February 1733 – 30 June 1800), was a British politician, who was Secretary of State during the settlement of NSW.  The city of Sydney in Nova Scotia in Canada is also named after him.

How Lord Sydney got the Sydney name?

Townshed originally proposed his title be Baron Sidney as a measure of adoration for his hero, Algernon Sidney . Algernon Sidney  ( 1623 –  1683) was an English politician and a commissioner of the trial of King Charles I of England. Initially Sidney opposed the decision to execute the king, believing it to be of questionable lawfulness and wisdom but later supported it. For Sidney absolute monarchy was a great political evil. He was a great political thinker and a proponent of liberty. Later in life he was executed for treason for his work against the Monarchy. Before putting his neck on the block he delivered a document to his executioner.

It said: “God has left nations unto the liberty of setting up such governments as best pleased themselves and Magistrates were set up for the good of Nations, not Nations for the honour and glory of Magistrates.”

But Townshed was worried that other members of Algernon Sidney’s family might have claims on it and then suggested Sydenham, the name of a village near his home in Kent, before settling on Sydney. Sidney, the baronial name taken from the place-name St. Denis in Normandy. On an alternate thought, Sidney in  Old English meant ‘dweller of the wide well-watered land’, – A much perfect match for the city of Sydney.