By admin on June 28, 2014Comments Off on Indian Boat puts Abbott in trouble 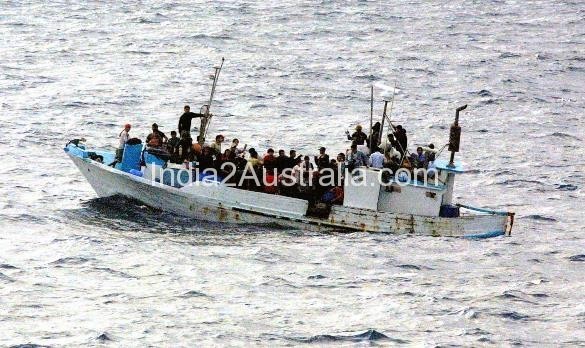 People smugglers have gone one step ahead of Abbotts turn the boat policy.  This time people smugglers made it a success to reach near Christmas Island with a vessel carrying 153 Tamil refugees. The boat allegedly left India from Puducherry in the south of India. This is an indication that People smugglers are looking at other options to overcome the obstacles set up by the new policies.

The Abbot Government’s Operation, “Sovereign Borders Policy” is the establishment of a central command structure of the Australian Defence Force headed by Lieutenant General Angus Campbell, aimed at stopping maritime arrivals of asylum seekers to Australia. The policy included intercepting vessels trying to enter Australian waters and removing them to outside Australia’s territorial waters in cases where it is safe to do so.

Indonesia a traditional transit point for refugees to Australia made the implementation of the policy easier for the Government due to proximity of the island’s land mass. The last week Government went on to celebrate premature victory in stopping boat people. The vessel containing 153 asylum seekers made their call for help 300km from Christmas Islands. Australia is obliged to help and bring them back to the shore. This is going to be a test for Abbot Government’s policy, given it has not departed from Indonesia, nor stopped to pick up supplies somewhere closer to Australia during its two week journey.

It is a well-known fact that most of those come by boat claiming to be refugees are people looking for better pastures and not refugees in real sense. But these well trained crooks manage to get Australian residency as it is easier to make a fool of the existing system.  It is important for Australia to implement even stricter policies to control people smuggling operations in the region.

Indian Boat puts Abbott in trouble added by admin on June 28, 2014
View all posts by admin →