By admin on October 17, 2017Comments Off on Indian mother visiting family in Melbourne dies after suffering extensive brain damage 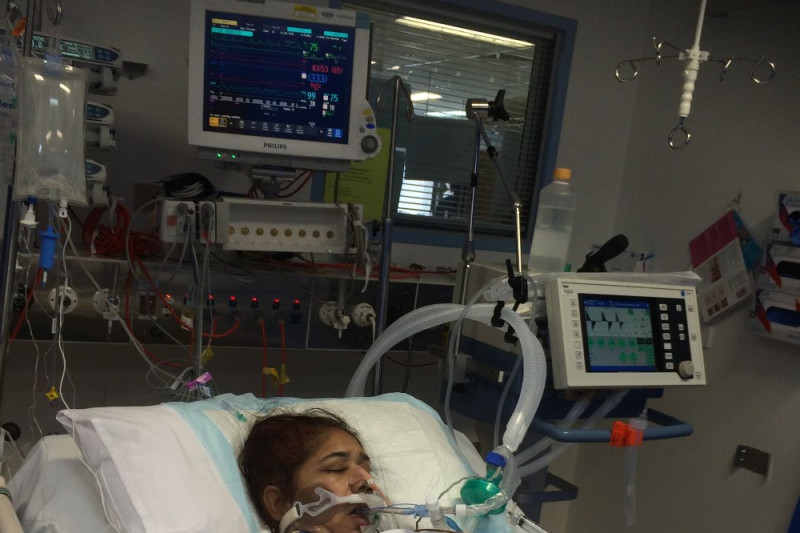 The family of Sukhdeep Singh was informed by doctors today morning that their mother had died. The family was already worried about her survival since the doctors had told them yesterday that Gurmeet Kaur had suffered extensive brain damage and chances of her recovery were slim.

Gurmeet Kaur had suffered a massive heart attack on Wednesday last week and was taken to Monash hospital by paramedics in an unconscious condition. After working on her for hours, the doctors were able to save her but she slipped in coma and had not gained consciousness since.

Sukhdeep Singh, Gurmeet Kaur’s son, had told SBS Punjabi yesterday that until last week, he had tried his best to stay positive and not let the financial strain on himself and the family break him.

“I’m not going to work; my younger brother is a student and he is not going anywhere as well. I don’t want to worry about money and only stay positive for the recovery of my mum. I can earn money back or get a loan, but I can’ replace my mother’ life”

However, after being told by the doctors that they should consider turning Gurmeet Kaur’s life support off, Sukhdeep and his family were struggling emotionally.

“My father keeps on crying. My brother won’t stop crying. I’m the eldest and I have to look after them. I myself am a mess.”

Sukhdeep is also a new father. His wife gave birth to a baby boy nine weeks ago. So, he also has the responsibility of looking after the young family, caring for the baby and giving emotional support to the new mother.

Despite the doctor’s advice, Sukhdeep’s family, especially his father wanted to give it more time and wait for Gurmeet’s recovery.

“My father wants to wait and give mum a chance of recovery.”

The accounts department had also been asking Sukhdeep to clear the massive hospital bill that the family was clocking up because the visiting parents have no travel insurance. The cost of keeping their mother in ICU was $5400 per night plus medication and test costs. Sukhdeep had a social worker working with him who had, intervened, and asked the hospital to give him some time to sort out the finances.

“The social worker has talked to them and conveyed my message that I am unable to even think of other things at the moment. The accounts department will have to wait.”

“We are all here in the hospital. My father is here too. We are all numb.”

Sukhdeep said that the family is finding solace in the fact that at least their mother was with them in Australia and they got to see her one last time before she passed away.

The family is now discussing funeral options with relatives. Considering that the close family is here in Australia, a funeral in Melbourne might be the best option.

After SBS Punjabi reported on Gurmeet Kaur’s condition on Friday last week, the extended community in Australia had rallied around the family and their GoFundMe account has collected over $19,000 within three days to support them.

Sukhdeep Singh and his family have thanked the community for their support and donations and have asked for prayers for the family.

Those who wants to donate please go to the go fund me page https://www.gofundme.com/gurmeets-emergency-icu-collection

How to read the face of a person
‘All is Well’ Hindi movie releasing Australia wide...
Melbourne Cricket Ground
Meditation retreat by Om Swami in Sydney
The Punjabi Movie ‘Nanak Shah Fakir’
Significance of Navratri
Do you know when was the first time Mahatma Gandhi...