By admin on July 21, 2015Comments Off on An Indian Mystery called ‘ Malayali’

In 1957 the southernmost state of India, Kerala elected the second democratically elected communist Government in the world. Though communism has collapsed in the rest of the world, in Kerala Communism and its ideology are still a way of life rather than a movement. The major reason for the success of Communism in Kerala is attributed to the widespread economic inequality prevailed in the state soon after India’s independence from Britain. The landless agricultural workers tended to be extremely poor, while landowners in Kerala were exceptionally wealthy. Communists embarked on a mission to fairly distribute the resources and they succeeded in doing so to a larger extend. Thanks to the communists, today Kerala is a prosperous and a peaceful state with 100% literacy and health care facilities often compared to the developed world. 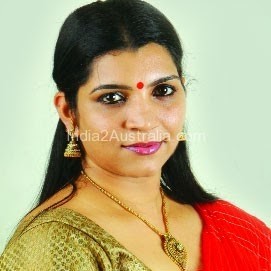 But communism has altered the psyche of Malayalees in a rather strange way over the years. When the downtrodden wanted to match the upper-class in power and lifestyle through revolution, it became necessary for everyone to project a dirtless façade of decency around them. Though penniless and jobless, Malayali was reluctant to take up manual jobs in Kerala. Deep inside their mind they felt inferior compared to their white collar friends and colleagues. But outside Kerala, Malayali was more than willing to take up any menial job as long as they can hide the fact from their family and friends in Kerala.

By the 1970’s God opened up a face saving option for the people of God’s own country. By the 70’s Middle East was booming, and the labour shortage there turned out as an unexpected boon. Gulf boom resulted in mass migration of a large number of people from Kerala to the Middle East. The higher currency conversion rate to the rupee made labourers from Kerala, instant millionaires in their homeland.

A distinct pattern of work culture was emerging in Kerala over that decade. The educated Keralite wanted only Government jobs and the semi-skilled and the unskilled migrated to other states or abroad. Over the years Kerala suffered huge manpower shortage in these work areas. Due to the unfriendly business policies of successive governments, Kerala remained a barren land for industries. Generally, an average Malayali is highly aware of their rights but not so about their responsibilities as an employee. Industries and industrialists made the false step of investing in Kerala retreated quickly to neighbouring Tamil Nadu. Those industries, managed to survive in this restrictive environment were mercilessly kicked out by environmentalists. To an extend, if not for Government jobs, to make a living only two options remained for Keralites: join a political party or an NGO. Both evolved out to be money making apparatuses for the aloof population. As a result even today, Keralites can expect , atleast one labour strike a day and a hartal once a week. 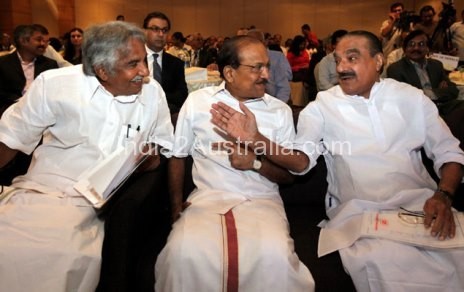 The large scale, migration of labour has created severe scarcity of semi-skilled and un-skilled workers in almost all spheres of the State. On the domestic front, Malayali found it difficult to get the services of  labourers, plumbers or plantation workers. Gradually migrants from North and North East India filled that vacuum.

By the end of the 80’s the tide was turning. The Iran – Iraq war and the oversupply of migrant labour made a huge dint in earnings from Middle East for an average worker. Then Prime Minister Narasimha Rao’s economic liberalisation policies were pushing India to an exponential growth rate.. Along the high inflation, salaries also went up through the roof, to an extend that today a labourer in Kerala can earn much more than their counter parts working in Middle East.

The Workforce of Kerala Today

According to a research study, there are over 25 lakh domestic migrant labourers in Kerala today with an annual arrival rate of 2.35 lakhs. The remittances to their home states are over Rs. 17,500 crores. 75 per cent of them come from five states, namely Bihar, Assam, Uttar Pradesh and Odisha. It is a work force consisting almost entirely of single males aged between 18 to 35 years and is highly mobile within Kerala( data from Wikipedia). Whereas 60 per cent of them work in the construction sector, they also work in the hospitality, manufacturing, trade and agriculture sectors. For the rest of India, Kerala has become another Middle East for Job purposes.

In Kerala, daily wages for workers are five or six times to that of a worker in North or North East India. For example, daily wages of a construction worker in Jharkhand is Rupees 52, where as in Kerala it is above 600 rupees. The skilled and hardworking lot can earn upto Rupees 1000 a day.

Malayalees still prefer to go to Middle East for manual jobs and earn only a fraction of what they could have earned in Kerala for their reluctance to do manual jobs in their home state. Moreover Kerala has one of the best weather conditions for outside work compared to the scorching heat of Middle Eastern countries. A construction worker in Saudi earns around 800 Saudi Riyals a month (Rupees 12900).

The high cost of Gulf Employment

Now a days educated woman refuse to marry Gulf Malayalees, who don’t earn enough to get a family visa. Thousands of woman in Kerala spend years separated from their husbands working in Middle East. Most of these gulf husbands have to rush back to Gulf to join duty even before the honey moon is over. The lonely wife, then get to see their husband, after a long gap of four or five years. This has resulted in social problems in the state especially after the penetration of Facebook and other social media hook-up sites. Kerala tops the country in divorces and alcoholism. Divorces, which have increased by 350% over the last decade, are found to be high among the migrants.

Another peculiar trait of Malayalee, is their habitual attraction for a Petticoat Visa. ‘Petticote Visa’ is a term used to describe Malayalee husbands overseas, living off their wife’s earnings. Kerala’s another big export is their nurses. Kerala nurses have a good reputation all over the world for their sincere and hardworking nature, obedience and expertise in job. But nurses suffered a sort of social stigma in Kerala because of the way the media projected them, though there is absolutely no substance in those portrayals. A few decades back it was difficult for a Kerala nurse to find a good matrimonial alliance because of this. But the situation has changed considerably in the last decade, as the opportunities and earning potential for nurses have gone up many folds  in  Western Countries.

But Malayalee men found an opportunity to enhance their future, sitting on the wing s of their nurse wife. Loads of young men especially from Christian Malayalee backgrounds made good the opportunity by marrying Nurses. Though in Kerala, the image of men, following their wife is not positive, and appears as a real challenge to the traditional notion of their masculinity, Malayalees are generally happy to be house husbands. But the unfortunate trend is; in most of those Nurse families, the woman end up becoming the sole bread winner.

An Indian Mystery called ‘ Malayali’ added by admin on July 21, 2015
View all posts by admin →