By admin on July 4, 2016Comments Off on Indian Owned Dev Jewelers in Reservoir robbed by armed gang 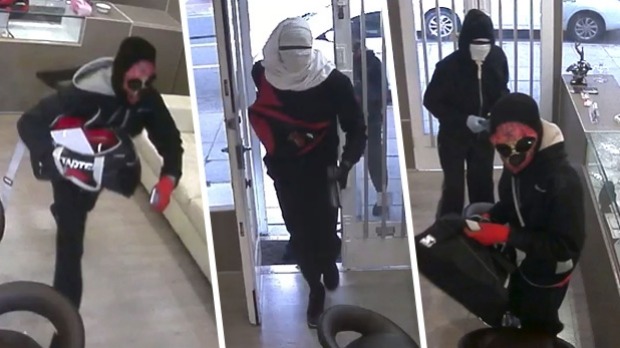 Indian owned, Dev Jewellers in Melbourne’s north has been robbed at gunpoint. The owner of Dev Jewellers in Reservoir was alone in his store on Saturday afternoon when three men wearing face masks broke into the shop about 3.10pm on 2nd July 2016. The Jewellery is located in Broadway, Reservoir, the northern suburb of Melbourne.

Police have been told the men gained entry to the Broadway business by kicking open a locked door about 3.10pm.

Once inside, one man has threatened a male employee with a firearm, whilst another has smashed a jewellery cabinet with a wheel nut brace.

The men have gained access to display cabinets and a safe and placed a large amount of cash and jewellery into a black sports bag before fleeing.

Nobody was injured as a result of the robbery. One of the offenders was armed with a sawn-off shotgun and another with a wheel brace. The men appeared to have dark skin, were about 180 centimetres tall and had thin builds. Large amount of cash and jewellery was stolen. The men then fled by car, with the model of the car still to be determined.

Anyone who may have witnessed the robbery or may have any information should contact Crime Stoppers on 1800 333 000 or submit a confidential crime report at crimestoppersvic.com.au.

Indian Owned Dev Jewelers in Reservoir robbed by armed gang added by admin on July 4, 2016
View all posts by admin →

Vimaanam
Masterpiece Kannada Movie screening details for Me...
Victoria police appealing for public assistance to...
The Story of Kohinoor Diamond and the curse behind...
Gangaur Mela 2016 in Melbourne
Indian Student dies in horror crash in Sydney
Is it worth driving for Uber in Australia?