By admin on October 18, 2013Comments Off on Indian Student Missing in Tasmania 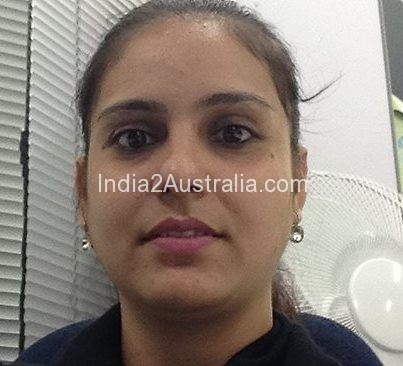 A number of people have come forward to police with information about Ms Narang’s whereabouts just prior to her disappearance. One motorist said she saw Ms Narang crossing the East Tamar Highway near the northern outlet.

Tasmanian Police Officials do not suspect any foul play. However the search, which involved a helicopter, failed to locate the 30-year-old.

Natasha Narang, A PhD student at the University of Tasmania was reported missing by her husband Sandeep Narang on 4th October 2013. Natasha’s belongings, including a mobile phone and jacket were later recovered from the bank of Tamar River by the Tasmania Police.

Natasha’s family alleges that her husband Sandeep Narang, whom she had strained relations with her is responsible for her disappearance

Natasha’s father Radha Krishan told Indian Press, “My daughter got married to Sandeep on December 8, 2009. From the beginning, she was harassed and beaten up by her husband and in-laws.” He stated that Natasha secured scholarship of Rs. 50 lakh from the University of Tasmania last year for doing PhD and Sandeep went to Melbourne on the spouse visa on October 28, 2012.

“Around 6am on October 5, Sandeep called me up and informed that Natasha had not returned from her college, where he had left her in the afternoon on October 4,” Krishan said.

“The next day, Sandeep rang up and said Natasha had probably committed suicide,” Krishan said, adding that when he asked him whether he had lodged a complaint with the local police, he (Sandeep) said he would do it now.

Sandeep in his statement to Australian Federal Police maintains that Natasha was experiencing acute mental stress due to her studies and might have committed suicide.

In his statement to the police, Sandeep said Natasha was experiencing acute mental stress due to her studies and might have committed suicide. “How is it possible that such a bright student could take the extreme step because of mental stress related to her studies?” Natasha’s father asked.

Natasha’s skype account remained active several hours after she was reported missing. It is alleged by her family that Sandeep Narang was operating her Skype account to find out whether she had sent messages that will implicate him.

Police would like anyone with information about Ms Narang’s whereabouts to contact Crime Stoppers on 1800 333 000 or the Launceston police uniformed branch on 6336 3945.

This report is based on Hindustan Times Report

Indian Student Missing in Tasmania added by admin on October 18, 2013
View all posts by admin →