By admin on September 12, 2014Comments Off on Indians Barred from Adelaide Anzac Day Parade

“What bothers me is, why Indians want to march at the Anzac day parade. It was a war Indians had to join for they were a colony of Britain. A war that never benefited India as a nation. It is a shame, a few Indians still have a mind enslaved to Imperial Britain. It is time to Grow up” 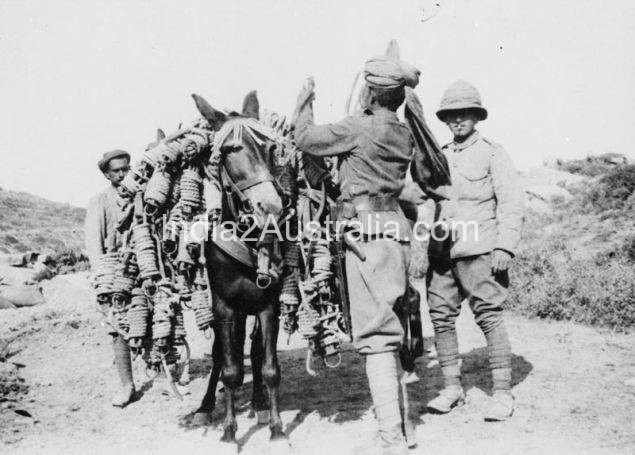 Gallipoli was the original Normandy. Early morning on April 25, 1915, the Anzacs (Australia and New Zealand Army Corps) landed at Gallipoli in vessels that “moved like giant snakes in the water”. With them landed the 7th Mountain Artillery Brigade of the Indian Army. The Indians provided suppressing fire as the Aussies and Kiwis engaged the Turks, thus drawing the enemy’s fire upon themselves.

Hundreds of stories of camaraderie between the Indians and the Anzacs were recorded during the campaign. The Australians, perceived to be the most racist among white troops of the Great War, had only respect and admiration for the Indian soldiers. But a hundred years on, many Australians seem to have forgotten that Indians fought side by side with their ancestors.

Recently, the Australian media reported an act of “gross injustice” done to Indians in South Australia. An organization of retired Indian servicemen now settled in Australia had asked for permission to march on Anzac Day. They were refused on the grounds that the march is only for the Anzacs and those foreign veterans who fought with them as allies. This immediately sparked outrage among historians, academics and others, both Indian and Australian.

Australian military historian Professor Peter Stanley was among the first to tweet his outrage: “The RSL in S Aus is banning ex-Indian officers from marching on Anzac Day. Outrageous! Don’t they know Indians landed at Anzac on 25 April?”

Military historian Squadron Leader Rana TS Chhina (Retd) of the Centre for Armed Forces Historical Research called it a “sad” thing. “We can castigate them (Australians), but we also need to look at what we Indians have been doing to remember our veterans of the Great War. Certainly, it’s not enough. And when we aren’t doing enough for our own people, we cannot point fingers at others for not doing something for us. We can’t forever expect others to dig out our lost history for us,” he told TOI.

Rana Chhina also said that India has a lot to learn from Australia. “You have to compliment the Australians for using their WWI and WWII experience for nation building. ‘Anzac’ became a cause behind which the entire country united. And till today, they remember it with pride. That’s how a nation grows strong,” he said.

Nevertheless, the Australians are accused of hijacking the whole Gallipoli campaign of the First World War even though there were more British and French who fought and died there. New research suggests that about 15,000 Indians were there, too, of who 7,000 were killed or wounded. Apart from those in the artillery, India sent the 29th Indian Infantry Brigade (detached from the 10th Indian Division), the Indian Mule Corps and medical units.

It were the Indian mule drivers who kept the Anzacs well-fed and well-equipped to fight the enemy, not Australians or New Zealanders or anybody else for that matter. Over 200 mule drivers and 800 animals died in the process. While the Indian contribution goes as a footnote to the British war effort, the mention of the role of Indian non-combatants is almost non-existent.

Many people TOI spoke to on this issue felt the usual Indian cultural and political lobbying doesn’t happen when it comes to the world wars and the Indian role. Author Vedica Kant lamented the government of India’s poor show in this by tweeting, “GOI doesn’t engage on anything WWI related unfortunately.”