List of Indians murdered or attacked in Australia in recent years

By admin on December 30, 2013Comments Off on List of Indians murdered or attacked in Australia in recent years

Indian Student Manriajwinder Singh ,20 from Reservoir in Melbourne was brutally bashed  and robbed east of Princess Bridge at Birrarung Marr around 4.15am on 29th December 2013. He was in an induced coma . He was kicked in the jaw which caused him to fall to the ground where he was knocked unconscious, then kicked and attacked with a stick.

Police describe this as an opportunistic crime.  Police have released CCTV footage of the incident. 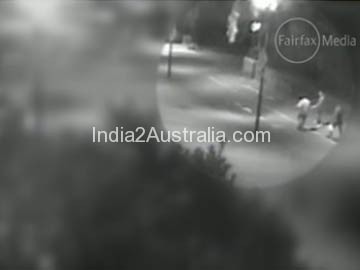 It shows the men, of African appearance aged in their late teens to early 20s, running away through Federation Square. 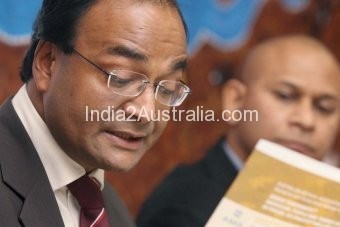 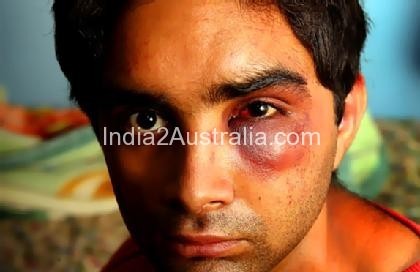 Sourabh Sharma, 21, a hospitality student in Melbourne, was bashed by six thugs confronted him on the train home to Werribee. 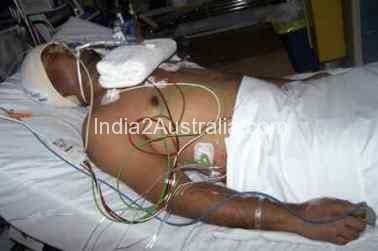 25-year-old Rajesh Kumar suffered up to 30 per cent burns after a suspected petrol bomb was hurled at him in his home in Sydney. 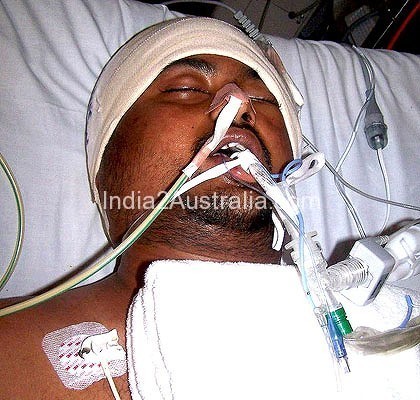 Sravan Kumar Theerthala, 25, from Hyderabad, was critically injured when stabbed with a screwdriver at a party in Melbourne 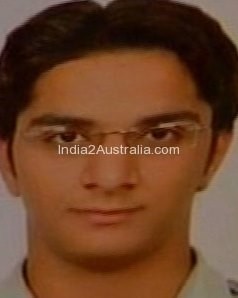 Twenty three-year-old Sunny Bajaj  who is studying management in Melbourne, was abused and attacked by two men as he was about to get into his car. 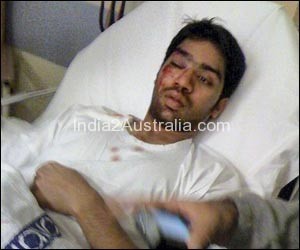 M A Khan, pursuing hospitality course from Victoria Institute of Technology, was walking near a railway station in eastern suburb of Melbourne on Sunday evening when two Caucasian men, wearing hooded jackets, walked-up to him and punched him without any provocation. Khan was punched so badly that he suffered cuts below his eyes and forehead 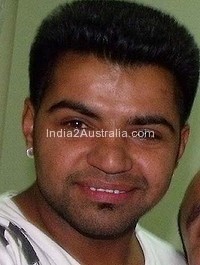 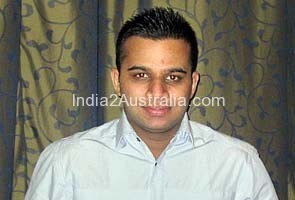 Nitin Garg (21 year old), an Indian accounting graduate, was stabbed  near a burger restaurant in Melbourne. He died the next day in hospital. Garg was stabbed by a 15 year old male 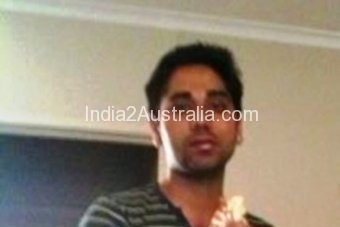 Jaspreet Singh, 29, set himself on fire in Essendon in Melbourne’s north-west  to claim insurance. He faked the incident , but the incident was covered widely by both the Indian and Australian Media. 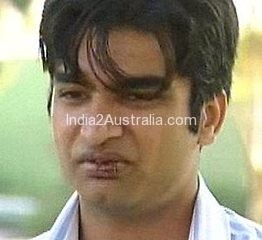 Rajat Tyagi was bashed by five men. Rajat Tiyagi, a student pilot from New Delhi, was leaving his Flinders St apartment on Sunday morning when he was bashed unconscious with knuckledusters by five men he described as African 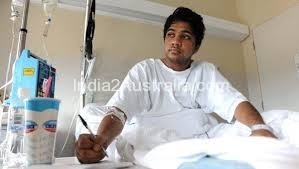 22-year-old Himanshu Goyal was bashed up and verbally abused by a group of teenagers while closing his Bridge Mall eatery in Ballarat. 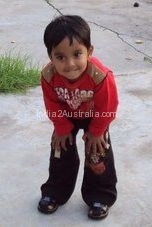 The Indian boy went missing from a house in Lalor in Melbourne’s north last Thursday and his body was found hours later on the side of a road near Melbourne Airport. Gursewak Dhillon of Lalor has been charged with manslaughter by criminal negligence. Dhillon put the unconscious toddler in the boot of a car and drove around for three hours. He then dumped him on the side of a road without checking if he was alive.

A 28-year-old Indian man has been stabbed to death in Rushworth in Australia on 22nd April 2011. The victim, Lakhvindar Singh, migrated to Australia in 2007 and was working as a helper in a farm near Melbourne. 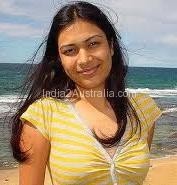 In March 2011, when he was aged only 19, Stani-Reginald, an Australian of Sri Lankan descent, raped and then used a cord to strangle to death Tosha Thakkar, 24, a neighbour in the Croydon boarding house where he lived. He then stuffed her body in a large suitcase, he had bought from Target a month earlier and caught a taxi to Meadowbank, where he threw the bag in a canal. Workmen discovered Ms Thakkar’s corpse two days later and Stani-Reginald was arrested for the murder. When police searched his laptop they found nearly 10,000 links to articles and websites he accessed over the past four months, including searches on Charles Manson and Australian teen killer Matthew Milat. 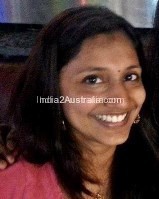 31 year old Indian Engineer Senthil Kumar Arumugam has been charged with the murder of Singapore student, Meena Narayanan. The family of Brisbane masters student Meena Narayanan are distraught after the 27-year-old was stabbed to death in an Upper Mount Gravatt hotel on 25th March 2014 at Brisbane time 12:30 AM. 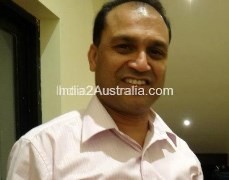 Aussie Unity Real Estate  agent, Vissa Esan, 48, died at Westmead Hospital after allegedly being stabbed in the chest outside his Pendle Hill business around 7:30PM on 12th March 2014.

Police arrested a 30-year-old Toongabbie man on the northern side of Pendle Hill Station less than a kilometre away soon after the attack. He was arrested around the corner on Hallmark St at the rear entrance to smash repair business Collision Centre.

Esan is a Tamil Sri Lankan, who migrated to Australia more than 20 years ago, was expecting his first child with his wife Shanika who he lives with in Kellyville. 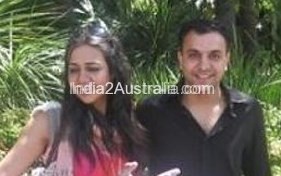 The Indian man believed to have committed suicide by swerving his car into the path of a truck at 4am on Hopkins Rd, Truganina, near Caroline Springs. on 14th December 2014 is identified as Sunil Beniwal. Three hours later police found his estranged wife Shikha Godara Beniwal dead in a house in Corey Close, Deer Park, north of Melbourne. Their three year old son is now been taken care of by the Department of Human Services. 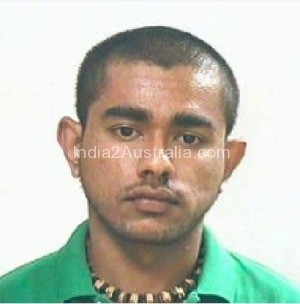 Mr Sebastian was found dead at his home in Melbourne’s north on Saturday, October 11, with his skull cracked open. Police believe the fatal blow was delivered by a metal pole. Three men, including a life member of the Bros outlaw motorcycle gang, have been charged over Mr Sebastian’s murder.

After coming to Australia, Sebastian adopted the alias Tre Simmonds – the name of a professional American basketballer – shaved his head, had his arms and upper body heavily tattooed and began wearing hip hop-style clothes.

By his 24th birthday, having overstayed his student visa, Mr Sebastian was heavily embroiled in the drug trade. 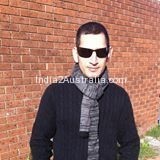 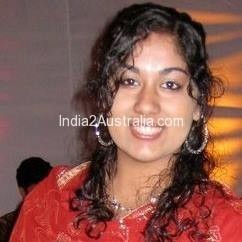 A Punjabi Origin man Parminder Singh, 29 stabbed his wife Nikita Chawla, 23 to death at their home in Brunswick West in Melbourne on the morning of 9th of January 2015. Parminder Singh told the Melbourne Magistrate Court that he believed, his wife was having an affair and confirmed his suspicions after checking her Mobile phone. 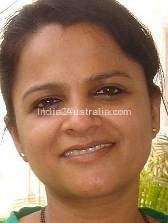 Prabha Arun Kumar( 41) a resident of Westmead was stabbed to death in a public walkway in Paramatta Park, near Westmead, Sydney. It’s believed, the woman was walking home from Parramatta train station. She was on the phone to her husband, when the horrific attack happened. 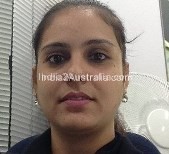 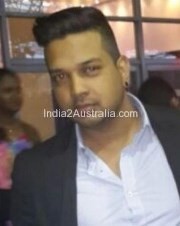 The well-liked bakery delivery van driver was last seen at a bakery on South Park Road, Dandenong South at about 12.20am that day. Delivery driver Shiva Chauhan has been missing since May 1, 2014.

Investigators are also looking for a stolen maroon 2006 Toyota they believe may have been used to transport Mr Chauhan from his van to Phillip Island, she said. Det Snr Sgt Buick acknowledged that Shiva (a Hindu by religion) was in love with a young woman of Afghani background (of Islamic background), and a cultural clash maybe one of the reasons behind Shivas mysterious disappearance. He has also acknowledged that Shiva is now deceased and although Police have a good idea of what may have happened, no charges have been laid so far. He also confirmed that this is a case of suspected homicide and robbery is not a likely scenario, since Shiva’s wallet full of money and other valuables were found locked inside his abandoned delivery van.

List of Indians murdered or attacked in Australia in recent years added by admin on December 30, 2013
View all posts by admin →

Indian woman among critically injured at the Bourk...
Navratri
How to read the face of a person
Australian Social Customs for Indian migrants
Karkidaka vavu Bali Tharpanam 2016 in Melbourne an...
Sand Sculptures at Frankston, Melbourne
Malayalam Movie Picket 43 screening in Melbourne a...