By admin on March 8, 2015Comments Off on IT Consultant Prabha Arun Kumar stabbed to death in Westmead, Sydney 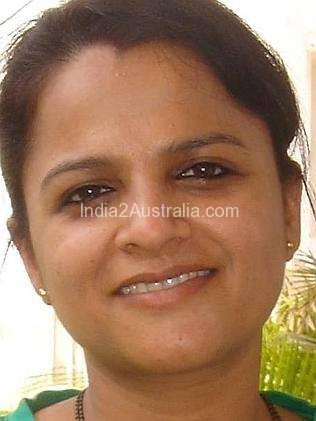 Prabha’s mortal remains will reach Bengaluru on Friday, the 13th of March. The body will then be taken to her husband Arun Kumar’s residence where it will be kept for few hours for kin to pay their last respects. Thereafter the body will be taken to Amtoor village on Saturday.

Prabha’s brother Dr Shankar Shetty who is in Perth will also fly along with Arun Kumar. 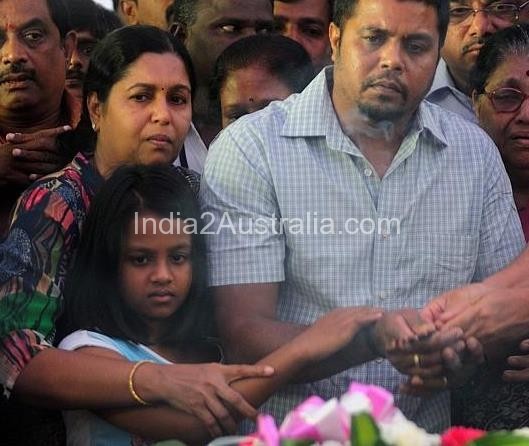 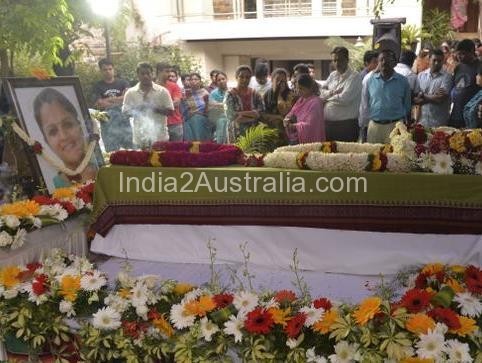 Family and friends of Prabha Arun Kumar gathered to pay last respects to her. The mood was sombre at Chandra Layout, Prabha’s nephew’s house where the body was kept.

Prabha Arun Kumar’s body was consigned to flames at her birth place, Amtoor village in Dakshina Kannada district, about 30km from Mangaluru, on Sunday evening. The funeral pyre was lit by her husband Arun Kumar and younger brother Shivaprasad at 6.15pm and was witnessed by her father Mahabala Shetty, brothers, kin, villagers and friends among others.

Prabha Arun Kumar( 41) a resident of Westmead was stabbed to death in a public walkway in Paramatta Park, near Westmead, Sydney. It’s believed the woman was walking home from Parramatta train station. She was on the phone to her husband, when the horrific attack happened.

Arvand Amirian, 17, was in his bedroom and heard a woman screaming and he rushed outside to see what was going on. He found the woman lying on the ground.

Aravind Amiran told the media “The scream sounded intense like that crying scream thing it sounded intense it didn’t sound normal. There was blood covering her face her neck her chest”.

Aravind kept doing CPR until the ambulance arrived as directed by the Emergency Call room Operator.

She suffered a life threatening injury. She was transported to Westmead Hospital and about 12.45am she was pronounced deceased.

Prabha is married with a child and was working as an IT consultant as well as continuing her studies. Her husband, Arun Kumar, is flying out from Bangalore in India. Mrs Arun Kumar formerly worked at AMP before starting work with Mindtree last year.  Prabha,is a BE Computer Science graduate from Sullia, Dakshina Kannad a district. She married G Arun Kumar, who owns a software firm in the city, 11 years ago.

Police obtained multiple reels of CCTV footage showing her walking along one of Parramatta’s busiest streets. Supt Cox said police are particularly interested in talking to people who were around Argyle St and Park Parade last night.

Her father, Mahabala Shetty, is a farmer, and Prabha was the second of five siblings. Prabha’s elder brother, Shankar Shetty, who lives in Perth, claimed the body on Saturday night. 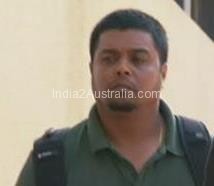 Police are urging anyone with information in relation to this incident to call Crime Stoppers on 1800 333 000 or use the Crime Stoppers online reporting page: https://nsw.crimestoppers.com.au/Information you provide will be treated in the strictest of confidence. We remind people they should not report crime information via our Facebook and Twitter page.

IT Consultant Prabha Arun Kumar stabbed to death in Westmead, Sydney added by admin on March 8, 2015
View all posts by admin →