By admin on November 14, 2014Comments Off on Kangaroo and Australia 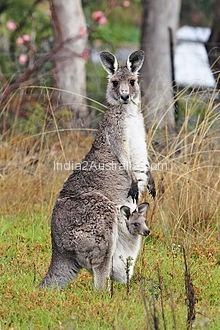 The early European explorers of Australia were amused by the sight of Kangaroos. British Explorer, James Cook commented that ‘Kangaroos bears no resemblance to any European animal he ever saw’. No wonder in this part of the world, extraordinary patterns of life existed because of its isolated existence as an island. Kangaroos were an amazing oddity for the visitors to Australia. The British settlers, when returned back home took their Kangaroo stories with them, which caught the imagination of the people of Britain.

Kangaroos were catching the imagination of Londoners in the late 1700’s and was fast becoming a popular attraction. Making good the opportunity, parks and zoo’s in Britain started breeding these marsupials. But early British settlers in Australia were making a meal of these wonderful animals when they experienced food shortages. Eating Kangaroo always represented poverty for Australians. Fortunately, Kangaroo meat was never considered as a delicacy by the settlers and remained a hard time stomach filler. Today Australia exports kangaroo meat to more than 55 countries. Kangaroo meat contains very little saturated fat relative to other meats and is high in protein, zinc and iron. But Kangaroos were killed for their skin, which the British considered as good for making boots.

Kangaroo as a Pest

The Australian farmers were witnessing a different face of these marsupials. They damaged the fences and destroyed the crops. The farmers in Australia considered Kangaroos as a pest. In the 1880’s the state of Victoria passed a legislation to eradicate Kangaroos.

The bad time for Kangaroos were gradually disappearing. Kangaroos received the first official recognition as a national symbol, when it was included in the coat of arms by the new federal Government in 1908. As Australia’s prominence as an independent nation enhanced over the years, Kangaroos were evolving as a symbol of Australianness. Kangaroos started making their entry into the popular media of that time.

In 1899, Ethel C. Pedley wrote a children’s book named Dot and the Kangaroo. It was the story of a little girl lost in the Australian outback, who befriended a Kangaroo. In this story the Kangaroo transforms Dot’s understanding of Australian Bush life. This was adapted to stage production in 1924 and later made into a film in 1977.

Kangaroos display a strange defensive fighting behaviour. They use their smaller forelegs to hold an attacker in place while using the claws on its larger hind legs to try to kick. This gives the impression to the onlookers that the Kangaroos are boxing its attackers. In the 1890’s a Kangaroo was in fact trained to box against humans and the show was a crowd puller. The pugilist Kangaroo caught the imagination of a Cartoonist. In 1891 a cartoon titled ‘Jack the fighting Kangaroo with Profession Lendermann ‘appeared in a Sydney publication. The media always portrayed Kangaroos as humorous, happy go lucky animals. ‘Matilda’ a 1978 Hollywood movie featured a boxing Kangaroo exploited for prize fighting. The picture of boxing kangaroos were stencilled on Australian fighter aircraft of the No. 21 Squadron RAAF based in Singapore and Malaya to differentiate their aircraft from British planes. Soon Royal Australian Navy also started sporting boxing Kangaroo. 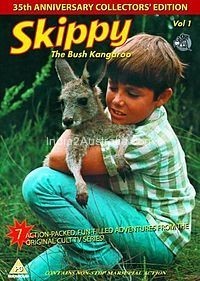 In 1967, Skippy the Bush Kangaroo showed its face in Television. Australian Television Series created by John McCallum about the adventures of a young boy and his highly intelligent pet Kangaroo was an instant hit. This was one of the most exported television programs of that time. 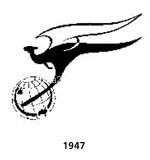 In 1944 Qantas started painting their planes with the image of flying Kangaroo following its decision to name its Indian Ocean passage the Kangaroo Service. The image was adapted from the Australian one penny coin. Gert Sellheim designed the Winged Kangaroo that appeared in 1947 on Qantas planes. In 1984 Qantas updated the logo. The logo has undergone changes in 1995 and 2007.

Kangaroo and Australia added by admin on November 14, 2014
View all posts by admin →