Kilmore, A place to visit

By admin on November 29, 2014Comments Off on Kilmore, A place to visit 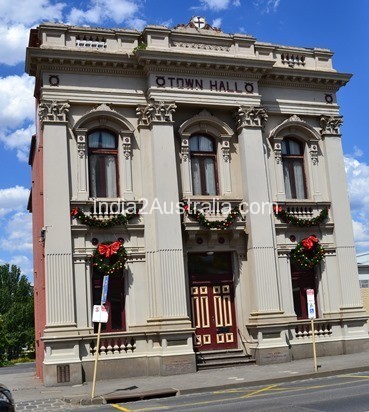 Kilmore is around 60Kms from Melbourne city. Once considered as a faraway country town, the urban sprawl has brought this place closer to the city dwellers. Wallan, which is 48km from the city, soon to become a suburb with new housing estates, is just 12 km from Kilmore. It is only a matter of time Kilmore will surrender its country charm to the fast growing city. Today the 29th of November 2014, I made a quick decision to visit this place once again after my last visit a month ago. I felt something was drawing me back to this place, I could not figure out what was it holding for me. I was right, another visit solved the mystery. As I walked through the streets of Kilmore, I felt like I was haunted by the ghosts of the early settlers. Their dreams, aspirations and the fight against the unbridled nature to survive and flourish, the breeze, even in this summer day, carried it all. Hindu’s believe in rebirth. Was I one of them in my previous birth. Those are the questions not easy to answer. I felt the same way when I visited Daylesford a month before. 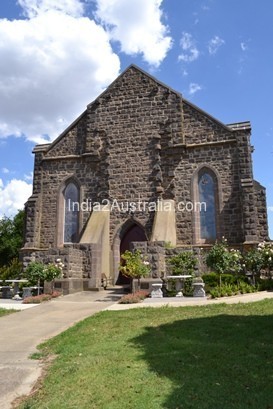 Probably Kilmore still hosts a close knit community; it was evident when an old lady in her late eighties offered me help when I was strolling with my camera through the streets lined with nineteenth century buildings. The main street (Sydney Street) still looks nearly the same as it was in 1860’s. Kilmore library hosts the visitor’s information center. A couple of brochures from there was handy and I thought it will be appropriate to share some of the information here directly from the brochure.

The History of Kilmore and the early settlers

The early settlers to Kilmore were mostly Celtic settlers from Ireland, Cornwall, and Scotland and this place still remains a strong Celtic area to this day. Kilmore is Victoria’s oldest inland settled town. Apart from the stone axed Quarry at Mt William, little is recorded and little evidence remains regarding the lifestyle of Kilmore’s traditional Owners in the early days of the European settlement. 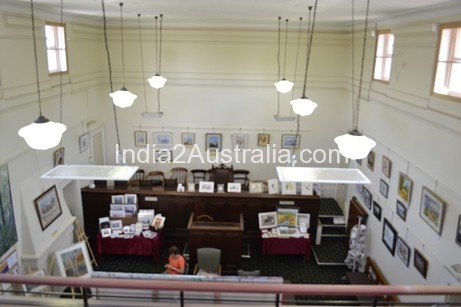 Following the overlanding by Hume and Hovell in the 1824, squatters soon made their way in to the area and as part of Hamlyn’s Run, police were stationed near ‘ Green’s Pinch’ just 5km north of Kilmore in 1838.

William Rutledge bought his Special Survey of eight square miles in 1841 and named the township, Kilmore after his Irish Birthplace in County Cavan, with the filling of the ‘ The Survey’ with tenants, the town quickly grew in to a thriving centre providing all necessary infrastructure required for processing and distribution of the produce coming from the farming communities as well as the social and economic requirements of the residents. 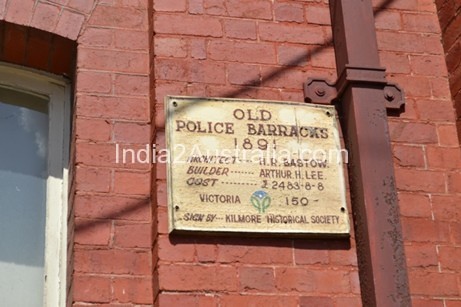 Clearly, the 1850’s and 1860’s were boom economic times following discovery of Gold and Kilmore was like a clearing house for travellers heading to the gold fields of the Ovens River and McIvor. 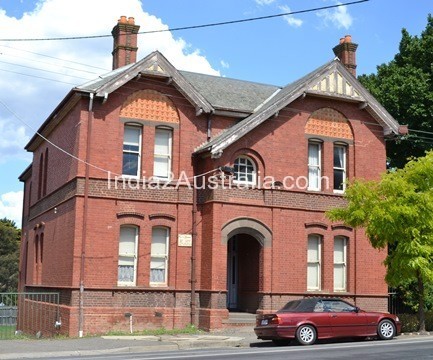 A stroll through Kilmore and its old buildings

Kilmore still carries the charms of a settler’s haven. Savouring that charm before the city swallows it, will not be complete without a tour of its old buildings. Here is a list of few of them. This list is not complete and many more buildings needs to be added to this list, which I may do in future.

The 1860 Home of Dr. Frederick Bevan is at No 16 Bourke Street . Beavan was a Methodist and one of the prime movers in the establishment of the Kilmore Hospital. Across the road from there is Methodist Church which was in 1898 sold to Kilmore Masonic Church. 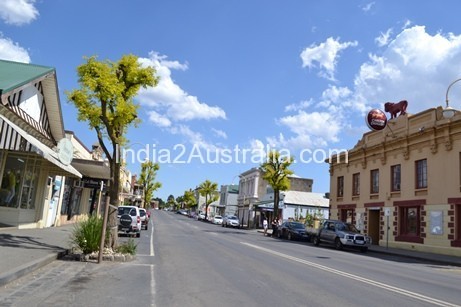 The 1863 resident of the preacher of the Methodist church is at No 10, Melbourne Street.

At the Sutherland Street is the Old Kilmore Gaol, built on 1857, where reputedly Jimmy Quinn, uncle of Ned Kelly was held. This facility operated as a prison until 1892. It was later purchased by Kilmore Dairy Company and operated as a butter factory.

At No.5 Piper Street is the 1865 built cottage which was held by the Murray family until the end of World War 1

At No.7 Piper Street is a brick house that was built for coach builder Frederick Cooke in 1870. It has remained as built at least until 1982, when considerable changes were made and a second story was added.

At No. 10 Piper Street is the historic ‘Whitburg cottage’ having an ‘A’ classification from the National Trust. William Smearton came to Kilmore from Haddington in Scotland and settled in Kilmore in 1852. He was a coach builder, wheelwright and blacksmith and the family occupied this house for 113 years and all are buried in Kilmore cemetery. The property was acquired by the former Kilmore Shire council in 1968 and remains in community and is now under the care of a Committee of management 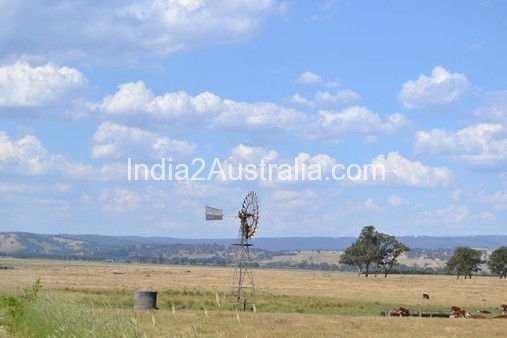 Scenery – On the way to Kilmore from Melbourne

At Rutledge Street is the 1857 built St. Patrick’s Catholic Church

At No.2 Powlett Street is the Old Kilmore Post Office built in 1861

At No.4 Powlett Street is the old Kilmore Court House built in 1863 to replace the original building in Hamilton Street which was burnt down. This site has previously been occupied by Dr. Pierse and Stillman’s Chemist Shop. Police Court sittings commenced in Kilmore in about 1850 and County Court and General Sessions commenced in 1854 until 1916 after which Petty Sessions continued until 1989.

At No.8 Powlett Street is the Old Police Station and Barracks built in 1893. The two story red brick building became necessary due to the large police presence in the town.

No.1 Powlett is the 1860 building built for Mrs Morris for use as a Bank. It was purchased in 1867 by the Colonial Bank who operated here until 1883 when they moved to new premises at 39 Sydney Street

At No.5 Sydney Street is a small pair of shops but of great significance as the birth place of the Kilmore free press in 1865. Thomas Hunt, the proprietor then purchased the property and remained the proprietor of the free press for nearly seventy years. During this time he also owned and published another four regional newspapers. 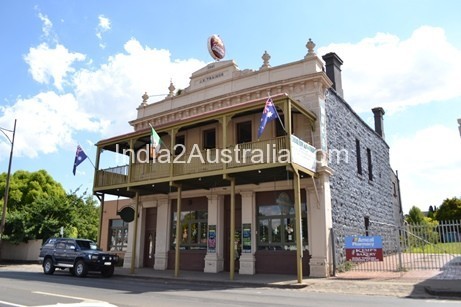 At No.29 Sydney Street is the Royal Oak Hotel, the oldest operating hotel in Kilmore being basically rebuilt in 1860 by Matthew Murray who arrived n Melbourne from Co. Cavan in 1840 and who was a publican for over 40 years. The current building replaced prior hotels on the site since 1848.

No 37 Sydney Street was built for retail premises in about 1857 and has served as such over all this time in various capacities as drapery, jewellery, saddlery and real estate etc.

No. 39 Sydney Street, the former Colonial Bank building replaced a flourmill on the site commenced by J.K.Trainor and passed on to successive operators. In 1883 this building was built for the bank to allow a move from its prior premises at No.1 Powlett Street.

Kilmore’s second oldest operating hotel, the Red Lion was built-in 1856 originally with the short lived veranda which collapsed within a decade. It was without a license for a few years when it operated as a dancing school under Prof. J. King.

Kilmore is serviced by a V-Line Passenger train service on the Seymour / Shepparton Line. The locality is also serviced by Mitchell Transit – providing a Town Bus route and intra municipal service covering the towns of Wallan, Kilmore, Broadford and Seymour within the Mitchell Shire.

Kilmore, A place to visit added by admin on November 29, 2014
View all posts by admin →