By admin on March 20, 2015Comments Off on Labor Party demands SBS chairman Nihal Gupta be sacked 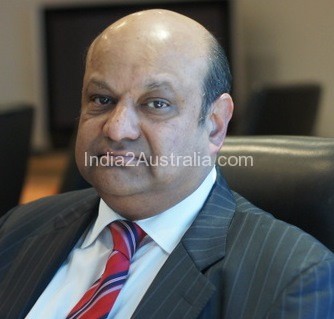 Labor Party demanded that SBS chairman Nihal Gupta be sacked, for refusing to answer questions over whether he lied to get the job. The call came after Gupta appeared before a Senate estimates hearing in Canberra on 19th March 2015. The appearance, requested after SBS managing director Michael Ebeid resisted answering questions about Gupta . Nihal is the first SBS Chairman of Indian descent

During the Senate estimates hearing, Labor senator Sam Dastyari repeatedly clashed with the chairman for refusing to answer questions about his appointment to the five-year position, on an annual pay-packet of $120,000 , saying he should not have to substantiate his appointment.

Nihal’s is a five-year term, which can be terminated earlier if the communications minister, Malcom Turnbull believes he is not performing.

Mr Nihal Gupta was the Managing Director of Digital Electronics Corporation Australia and holds numerous community board positions, including Chairman of the NSW Multicultural Business Advisory Panel, appointee of the Judicial Commission of NSW, Trustee of the Board of the Sydney Cricket and Sports Ground Trust, board member of Asia Society of Australia, board member of Naisda Foundation Limited (National Aboriginal Islander Skills Development Association), member of the NSW Export and Investment Advisory Panel and board member of the Parramasala festival – an annual celebration of Asian arts and culture. The rise of Nihal is linked to ascension of Barry O’ Farrel as Premier. Most of his board and Government positions are handed over to him by Barry O’ Farrel.

The Chairman of SBS is appointed on the recommendations of The Nomination panel. The Nomination Panel conducts a merit-based process to identify suitable candidates to fill the vacancies on the SBS board in line with legislative requirements under the Special Broadcasting Service Act 1991. Mr Gupta’s suitability and level of experience for the high-profile and complex role of SBS chairman have raised concerns. Nihal Gupta told the Nomination panel that he had 200 employees at his company, Digital Electronics Corporation Australia (DECA), when in fact he is the sole-consultant.

From the beginning, Nihal’s appointment as the Chairman has raised many eyebrows as he has never worked in the media industry and had very limited corporate governance experience. But Nihal is a donor to the Liberal Party.

Nihal’s resume has two main claims to business experience: the role at Digital Electronics Corporation and chairmanship of the publicly listed IT company, JCurve Solutions. Nihal’s chairmanship of JCurve lasted from ­October last year until July. During those eight months, the Australian Securities Exchange made two queries of the company. It asked for a ‘please explain’ after the company’s share price rose from 3.9c to 6.1c in two days on high-volume trading in early April. Two weeks later, the company confirmed a $2.5 million capital rising “to professional and sophisticated investors” and acquisition of cloud telecoms management company “The Full Circle Group”.

That prompted another ASX letter, which asked why this information had not been divulged earlier. The company confirmed it had been in discussions about the acquisition since February.