By admin on March 14, 2018Comments Off on Last minute reprieve for Sri Lankan asylum seeker family 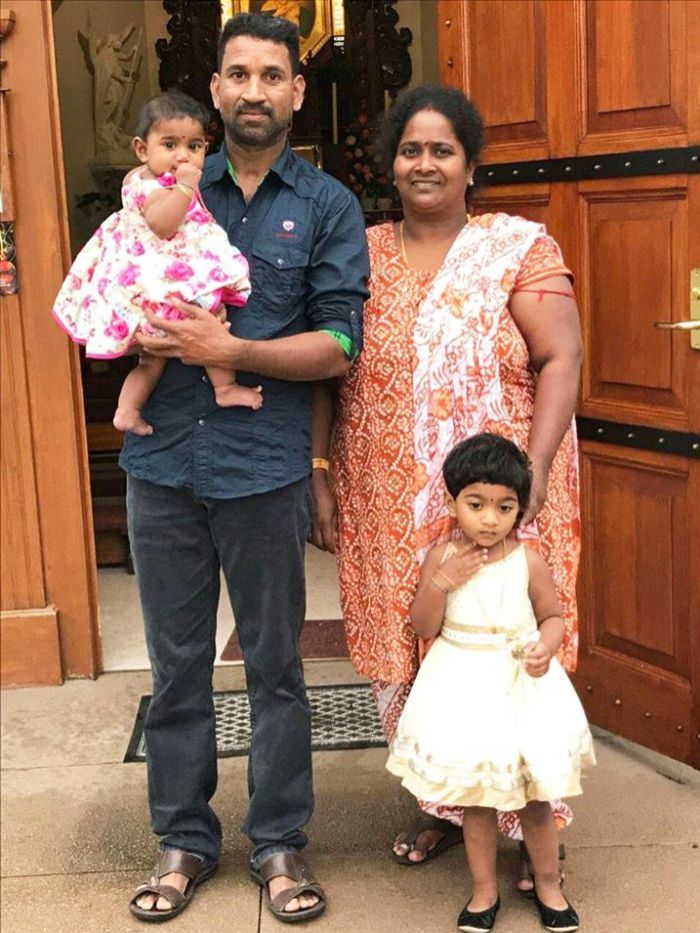 The Sri Lankan asylum seeker family taken from Queensland were pulled from plane just minutes before due to be deported. Sri Lankan Tamils, Nadesalingam, Priya and their two Australian born daughters, aged two years and nine months were taken into custody and was moved to Melbourne detention centre last week.

On Tuesday they were taken in separate vans to Melbourne Airport flown to Perth and placed on a flight to Sri Lanka. But last minute legal intervention resulted in them being removed from plane just minutes before take-off.

They came to Australia separately by boat in 2012 and 2013 and the children were born here in Australia. The couple had been living and working in Biloela in Queensland for about three years. Social worker Angela Fredericks is leading the call for them to be allowed to remain in Australia. She started an online petition which now has more than 60,000 signatures.