By admin on January 26, 2016Comments Off on List of Indians who received Australia Day Honours2016

The Order of Australia is an order of chivalry established on 14 February 1975 by Elizabeth II, Queen of Australia, to recognise Australian citizens and other persons for achievement or meritorious service. Below is a list of people of Indian Origin who received this honours this year.

COMPANION (AC) IN THE GENERAL DIVISION 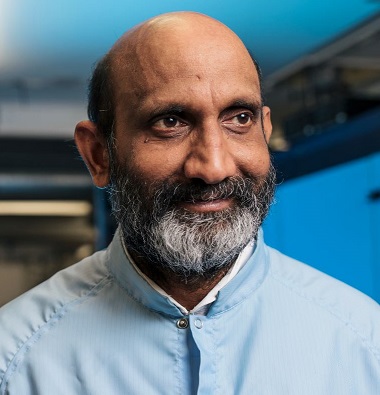 Professor Chennupati Jagadish is academic at the Australian National University. He is from Andhra Pradesh in India. Professor Jagdish has mentored so far mentored 40 PhD students and 44 post-doctoral research fellows.

He moved to Australia in 1990 and established a major research program in the field of optoelectronics and nanotechnology. He is currently a Distinguished Professor and Head of Semiconductor Optoelectronics and Nanotechnology Group in the Department of Electronic Materials Engineering, Research School of Physical Sciences and Engineering, the Australian National University

He is an expert in the field of nano-fabrication, or the building of minuscule machines. He has published more than 820 international journal and conference papers and holds five US Patents.

He received this honour for his services to physics and engineering to education as a leading academic, researcher, author and mentor and through executive roles with national and international scientific advisory institutions.

MEMBER (AM) IN THE GENERAL DIVISION

For significant service to medicine in the field of ophthalmology as a clinician, and to the international community through eye care programs. Dr Jay Chandra is trained as an Ophthalmologist (Eye Specialist) and has a practice located in Penrith.

MEDAL (OAM) IN THE GENERAL DIVISION

For service to dentistry in Victoria. Sajeev is trained as a Endodontist and has a practice located in South Morang.

For service to the community through a range of volunteer roles.

For service to medicine, and to professional organisations.

Brief information about Order of Australia

The Order of Australia is an order of chivalry established on 14 February 1975 by Elizabeth II, Queen of Australia, to recognise Australian citizens and other persons for achievement or meritorious service.

The order is divided into a general and a military division. The five classes of appointment to the order are, in descending order of seniority:

Medal of the Order of Australia (OAM – no quota).

Honorary awards in all grades may be made to deserving non-citizens – these awards are made additional to the quotas.

General Division – ‘Eminent achievement and merit of the highest degree in service to Australia or to humanity at large’.

Excluding honorary appointments, no more than 25 Companions are appointed in any calendar year.

General Division – ‘Distinguished service of a high degree to Australia or to humanity at large’.

The quota is set at 100 Officers appointed in any calendar year.

The quota is set at 225 Members appointed in any calendar year.

Medal of the Order of Australia

There are no quota limits on awards of the Medal of the Order.

List of Indians who received Australia Day Honours2016 added by admin on January 26, 2016
View all posts by admin →