By admin on December 21, 2012Comments Off on Multicultural festivals in Australia

Chinese New Year signifies the end of winter in China so it is known as spring festival. The festival begins on the first day of the first month of the traditional Chinese Calender and end with Lantern festival which is on the 15th day.  A full moon occurs 15 days after the beginning of the Chinese New Year. This marks the end of the festivities.
The lunisolar Chinese calender is used in countries like Korea, Japan and Vietnam. Due to this Australians of Korean , Japanese and Vietnamese descent celebrate Chinese New Year . This New Year  is called Tet by the Vietnamese Community. Chinese New Year falls on dates between January 21st and February 20.
In Australia, China Towns in Capital cities thrive with celebrations during Chinese New Year. China Town in Sydney is in Dixon Street and in Melbourne it is located at Little Bourke Street. Brisbane has a China Town in Fortitude valley. The Highlight of Chinese New Year is Dragon Dance. Dragons made out of silk or paper stretched over a bamboo frame upheld by poles is carried by dancers making rhythmic movements. Traditionally this is done to frighten away evil spirits and chase away Dragon Nien who goes on hunting for food on New Year Eve.
Chinese first came to Australia during the Gold Rush in 1850’s and 60’s. The Chinese traditions and customs are a world apart from the western traditions. Many may amused to know that all knives and scissors are hidden away during the first three days of the Chinese New Year as they believe that knife will cut off good luck. On New Year day children are given money in red good luck envelopes. Each successive year is named after an animal as per the Chinese tradition. Year 2013 is the year of the snake.

It is a 16 day German festival running from late September to the first week of October. The Origin of the festival lies on the marriage celebrations of King Ludwig of Bavaria in 1810 . Crown Prince Ludwig, later to become King Ludwig I, was married to Princess Therese of Saxe-Hildburghausen on October 12, 1810. The citizens of Munich were invited to attend the festivities held on the fields in front of the city gates. The fields were named Theresienwiese (“Theresa’s meadow”) in honour of the Crown Princess. Due to the success, the event was repeated every year. It began with a horse race in 1810, but later food, music and agricultural festival was added to the celebrations.
The First Germans to arrive in Australia were the six wine growing families from Prussia in 1813 . These six families were recruited from the Rheingau region of Hesse by Major Edward Macarthur, Commander-in-chief of Her Majesty’s forces in Australia from 1855. The first German immigrants to settle from what is today known as Germany, were 500 Lutherans who left their homeland for their rejection of Prussian state enforcement of a new prayer book for church services. They settled in Barossa Valley in South Australia.
Oktoberfest is celebrated in all capital cities in Australia. It is usually held in large outdoor area. Eating German food and drinking wiesn bier are major part of the celebration. Music is another unavoidable ingredient. Brass brands, Oompah bands and Concert bands are played to large audience. Folk dances are performed in traditional national costume of Bavaria .The Harmonie German Club, Canberra, holds an Oktoberfest over a three day period every year in October.

Irish convicts including those participated in the Irish rebellion of 1798 were the first Irish people to settle in Australia, Around 40,000 Irish convicts were transported to Australia between 1791 and 1867. In the 1830’s around one quarter of the population of Australia was born in Ireland.
St. Patrick day on March 17th is the anniversary of the death of Ireland’s patron saint St. Patrick. This day is also the national day of Ireland. Saint Patrick’s Day was made an official feast day in the early seventeenth century, and has gradually become a celebration of Irish culture in general for the Irish. St. Patrick day is celebrated in Australia by the Irish community with drinking, dancing and Gaelic sports. On St. Patrick day, green items of clothing are traditionally worn and the streets are often filled with revellers drinking and making merry from early afternoon until late at night. In Sydney  St.Patrick day Parade is the highlight of the Irish Festival.

With a population of around 52000 Australian residents born in Poland, Dozynki the Polish harvest festival is celebrated in Australia as exclusively community oriented. Dozinki is held in Adelaide in South Australia every October.
It was celebrated in Poland probably as early as the 16th century. Polish land proprietors organized harvest festivals for their labourers. It was connected with dancing, eating and was kind of a prize for a good performance of their harvest job. The harvest was a reward for the farmer’s efforts. In Australia Dozynki is celebrated with cultural events that reflect Polish culture, traditions and food.
For more details visit http://dozynki.com.au

The Antipodes Festival of the Greeks

Greeks are the seventh largest ethnic group in Australia and Melbourne has the largest Greek population of any city in the world outside Greece.
The Antipodes festival is considered as the biggest Greek street party outside Greece, and is one of the largest ethnic festivals in Australia. The week long Greek Antipode festival is held in Melbourne to coincide with the Greek National Day which falls on March 25th since 1987. The Festival is held on Lonsdale Street, Melbourne and is renounced for its Lonsdale Street Glendi. Glendi means ‘Party’ in Greek. The festival is celebrated by arts, movies, social sporting and trade events.
Similar Greek festivals are celebrated during this period in Sydney and Adelaide. The Greek Festival of Sydney celebrates and promotes the Greek – Australian lifestyle and culture. The Glendi festival in Adelaide is a celebration of music, songs, food and dancing of Greek Community. 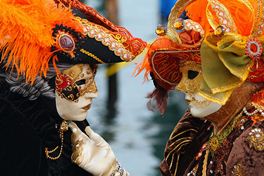 Italian is the fifth most identified ancestry in Australia. Italian migration to Australia increased after US put restrictions on Italian migration after the World War 1. After the formation of Australian federation in 1901, the Australian Government adopted the White Australia Policy, which restricted the Asians and other Black communities migrating to Australia. Italians constituted the largest non-British Migrants to Australia after the World War II .On those days Italians were considered racially inferior in Australia because of their primitive way of life.
Italians are famous for their food and the way they celebrate their festivals. Carnevale is one of the best celebrated Italian festivals in Australia. Carnevale brings Italy to Adelaide. Traditionally in Italy Carnevale is celebrated with  masked balls, parades, popular theatre, songs, entertainment, folk dancers and activities. In Adelaide it is celebrated in similar lines.  This festival is celebrated in February .
Lygon Street Festa is another large outdoor Italian festival in Melbourne celebrated in late October to early November in the inner city suburb of Carlton. Two of the highlights of Festa are the waiters’ race and the waiters singing competition. Lygon Street in Melbourne is famous for its Italian restaurants. Flying Pizza Championship is another attraction. Pizza bases are tossed in the air and then caught. Whoever tosses the pizza base the highest and catches wins the competition.

Indians first made their entry in Australia as servants of British subjects who had been living in India. Recently there has been a large in increase in Indian population as Australia decided to embrace the Asian century. In recent years, large number of Indian students made good the immigration loop holes and inefficiency in the system by enrolling in trade courses which can only be termed as immigration scam.
Diwali ,  a festival of lights observed on the 15th day of the month of Kartika in the Hindu calendar is celebrated Australia wide with Government support and funds . Many events are held in Australia to celebrate Diwali. In Melbourne, Federation square deepavali celebrations and Sandown park Deepvali celebrations attract thousands of visitors every year.

Multicultural festivals in Australia added by admin on December 21, 2012
View all posts by admin →