By admin on September 26, 2014Comments Off on Mangalyan and India’s White Tiger moment of shame 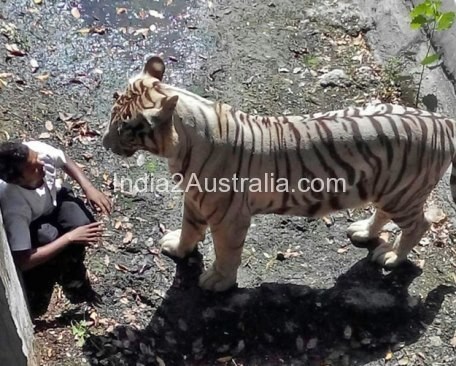 On 24th September 2014, India’s Mangalyan space mission successfully entered the orbit of Mars. India has become the first nation in the world to have entered the Mars orbit in the first attempt. India as a nation was making a statement to the world of its technological superiority amid applause from both the well-wishers and the jealous neighbours. It was evident even on the face of little school children that finally the time has come for India to claim its rightful place in the world as an economic and technological super power. Beneath the glitter, India is still a poor highly corrupt nation of aloof individuals. While the celebrations of success went on, in the nation’s capital Delhi, a white tiger was sending an even more powerful message to the world on why India  still remains a failed nation with all its potentials

Maqsood, a 19 year old factory worker and resident of central Delhi’s Anand Parbat climbed over a knee-high fence of a white tiger enclosure, in the Delhi Zoo and jumped 18ft down into a moat, despite being repeatedly warned not to get too close to the enclosure. Maqsood was mentally ill and addicted to bhang.

The tiger approached the youth as soon as he fell into the moat and watched him silently for nearly 15 minutes. The zoo in the national capital that came into existence in the 60’s never had any mechanism or procedure in place to handle such situations. For the fifteen long minutes, the tiger was in fact making fun of the callous attitude and aloof nature that has defined Indian society since independence. All these fifteen minutes the security guard in charge was talking in phone to the authorities asking them about the possible actions he needs to take. This is a situation where split second actions are required, on which people in charge should be trained in a regular basis by conducting drills. There are many simple solutions employed in other zoos around the globe in such situations, like spraying water, using tranquilizers, separators or dropping collapsible ladders after diverting the attention of the animal. But only a trained hand can conduct such an operation. There are a total of 42 security guards across the zoo on normal days while on Saturdays and Sundays the number is extended to 52.

It was interesting to know that this is the third time such an incident happening in Delhi zoo. Six years ago an inebriated man fell into a lioness’ enclosure but the big cat spared his life. It could even be said that the big cat felt sorry for the pathetic Indians, it decided to spare the life. The list of such incidents in India only proves that it is not of isolated occurrence and this level of unpreparedness should be treated as a case of manslaughter against the authorities. In 1996 in Alipore zoo, two Durga devotees tried to garland a tiger, both were mauled but one died and the other survived. In year 2000, in the same zoo , a 26year old youth ventured into the tiger enclosure and was killed by the tiger. In 2003, the hand of a three year old boy was ripped off by a tiger in Delhi zoo. In 2007 a school teacher was killed by a tiger while he put his arm inside the enclosure to take pictures. In 2012, a middle aged man was seriously injured after venturing into a tiger enclosure in Bhuvaneshwar zoo. In the same year two people were seriously injured in Bellary and Jamshedpur zoo in separate incidents. In 2013, the zoo keeper saved the life of an intruder in Patna zoo by diverting the attention of the big cat and pushing it into the night shelter. In 2014 a drunken engineering student scaled the walls of Gwalior zoo enclosure, but luckily the tigers avoided him. He was taken away after 45 minutes.

It only proves that blaming the behavior of the intruder or the response of the onlookers is no excuse. People of any kinds of mental state and imbalances may visit the zoo. The onlookers are not experts on animal behaviour. It is highly deplorable that there was none to take charge and control the situation though the animal has given ample time for action.

The callous and irresponsible nature of the authorities was more evident when they rained excuses to justify the situation.

This is how the Zoo authorities justified their inaction

Why couldn’t the guards stop Masqood from leaning?

We have been keeping one guard for beat. Visitors should behave.

(We understand, it is difficult to prevent such things happening, But the questions is “why the guards were not trained to handle such situations”. “Why the guard was on mobile phone all the fifteen minutes, where split second action was required? “)

Why did it take 15 minutes for the senior staff to reach the enclosure?

We reached in no time and called the ambulance and police.

(We are talking about saving a life, not retrieving the dead body)

We are trying to create natural environment for the animals. They cannot be kept like prisoners

(Thank God, they are at least animal lovers)

What will happen next?

It is now time to address the situation the Indian way. An inquiry team will be set up who will be bribed to white wash the situation. As usual the zoo authorities will get a clean chit. But the inquiry commission will give a report, summarizing required changes, mostly cut and paste material from journals published by other zoos which will make the handsomely paid job easier. The incident will be soon forgotten and the report will head for the rubbish bin.

I still wonder, why no charges were laid against the zoo authorities for their callous and irresponsible behaviour. 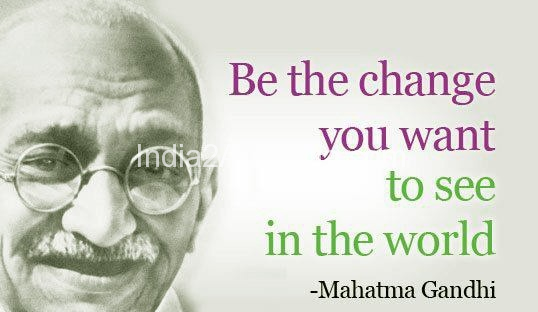 Mangalyan and India’s White Tiger moment of shame added by admin on September 26, 2014
View all posts by admin →