Mawlynnong – The cleanest village in Asia, where the women rules

By admin on July 8, 2015Comments Off on Mawlynnong – The cleanest village in Asia, where the women rules

“Most come to see Mawlynnong’s drop-dead gorgeousness: its tropical gardens, waterfalls and ancient living root bridges, not to mention sweeping mountain views, landscaped cobblestone streets and thatched-roof cottages. Travel articles bolster its nickname, “God’s Own Garden,” calling it “the pride of India” and “the cleanest village in Asia.” This is what an article in New York Times has to say about Mawlynnong, a village that lies 90km north of Shillong in Meghalaya. 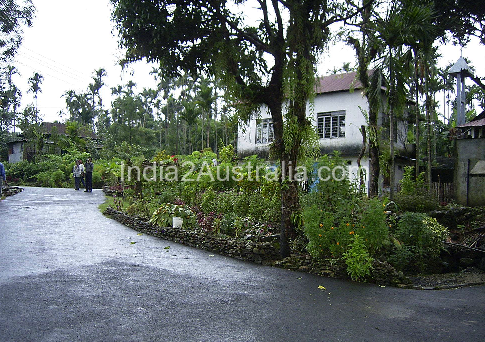 On reaching the village one is immediately awe-struck by it’s cleanliness and aesthetic beauty, needless to say here women rules. The village has around 500 residents from 95 households, with a literacy rate of 100%. In 2003 travel magazine Discover India declared it as the cleanest village in Asia. The villagers collect the waste in dustbins made of bamboo, directed to a pit and then use it as manure.

Khasi tribe inhabits this little village. In Khasi culture, woman and girls have special standing in the society. Khasi’s carry on with matrilineal tradition. It could be surprising for the rest of the world to know that in Khasi tradition, the youngest daughter inherits the property and wealth of the parents and once married the men live with their wife in the mother in law’s house. The children take their mother’s surname. 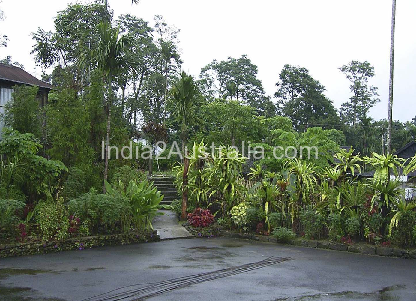 Arranged marriages are not common among the Khasis. Woman can divorce their men and chose to remain single without any stigma. The mother or mother in law look after the children. It is understood that, a couple of centuries back, Khasi women were allowed to have many partners and it was hard to determine the paternity of the children, so the sole responsibility of raising the children have fallen on the mother and her family. On those days men having to fight in wars were mostly away from their land and home.

But in this village the supremacy of woman ends at home and woman usually don’t hold positions of power like village chief or legislative member etc. 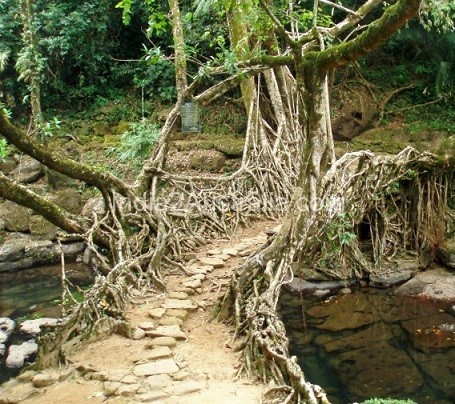 One of the most spectacular natural bridges made by the twisting roots of a gigantic rubber tree. Roots make a pathway across a stream. There are many such bridges in Meghalaya, where the Khasi villagers have over the years woven the roots of the trees across the streams and used them as bridges.

Mawlynnong – The cleanest village in Asia, where the women rules added by admin on July 8, 2015
View all posts by admin →

No thanks for white man Leyonhjelm’s “Brown Men” s...
Vineshwar Pal Assault Case – NSW Police rele...
The Tesselaar Tulip Festival in Melbourne
This is how Melbourne Celebrated Deepavali in 2016
Indian man charged over stabbing wife and mother i...
Ramayana – Fact or Fiction?
Indian Villages where prostitution remains a tradi...