By admin on November 10, 2014Comments Off on Melbourne Malayalee Satish Nair Died at Frazer Beach 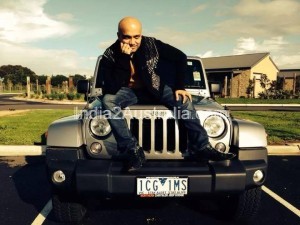 On 8 November around 2.50 pm, 44-year-old Satheesh Nair, a Melbourne-based IT entrepreneur, was found face-down in water after entering the surf. He was dragged onto the sand, emergency services were called and members of the group sought medical assistance from other beach-goers. A local surfer, who is also a lifeguard, began CPR and continued until paramedics arrived. A doctor arrived at the same time as the Westpac Helicopter. However, the man couldn’t be revived.

It was a ten-member group and they were all swimming in the beach when friends noticed the body.

Satheesh lives in Hawthorn and hails from Bangalore. Satheeesh is survived by wife Nandita Menon and a 12-year-old son.

A report is being prepared for the Coroner. Funeral arrangements are being made for Satheesh in Feroke near Calicut in Kerala, India.

This incident has prompted calls for a more frequent lifeguard service in the area.