Have you been to the Melbourne Star?

By admin on December 31, 2015Comments Off on Have you been to the Melbourne Star? 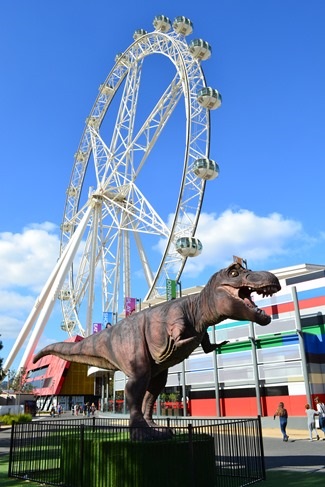 Melbourne Star is only one of four giant observation wheels in the world. The other three are London Eye, the Singapore Flyer and the Las Vegas High Roller. So to have the Melbourne Star experience, if not in Melbourne one needs to be in Las Vegas, London or Singapore. There is one coming up in Dubai too. 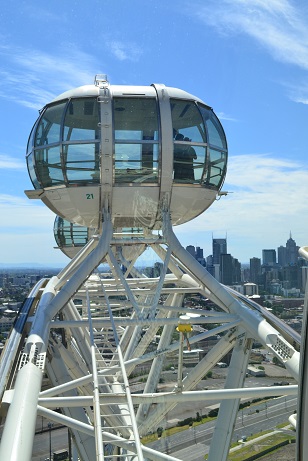 On the New Year eve of 2016, when the mercury touched 40, I was taking my flight there. There were not many people because of the extreme weather. I parked my car at the nearby Costco, of which I am a member. Nearby Shopping complex also has plenty of parking. Parking is never an issue at the Docklands. 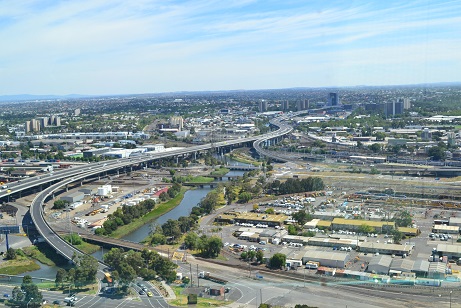 To be honest with you, after the half an hour trip, I felt that it is a bit overpriced. The double whammy was the poor quality photographs I paid $40 to purchase. But it costs a lot to install and run such a gigantic structure and that justifies the price. It is all a matter of personal experiences which can differ from individual to individual. I went to grab my piece of experience after listening to a highly favourable recommendation from one of my friends. 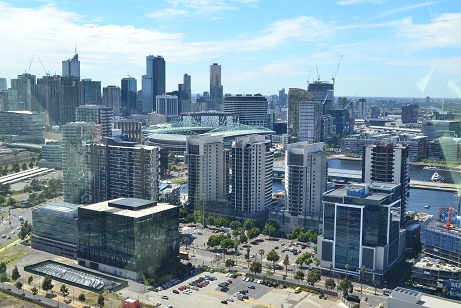 One good news about The Melbourne Star is the fully enclosed cabins that are air-conditioned. So the scorching heat didn’t have much of an impact. Day and Night tickets were also available but I opted only for the Day ride. So I won’t be able to shed much light on the worthiness of taking the night option.

The in-cabin announcement had an added flavour of Melbourne’s early history. Tourists will find it helpful, if they are curious to know what is where and where is what. 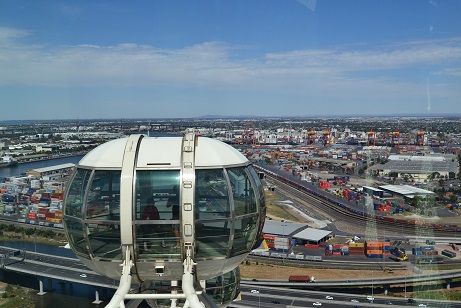 The wheel turns on a single bearing at its centre and weighs 1736 tonnes worth of steel. The Wheel can carry around 420 passengers in 21 cabins. The Wheel rotates slowly and takes around 30 minutes to complete a turn. Those who wants to go for another round, needs to pay only $2 each. The staff around were helpful and full of smile. 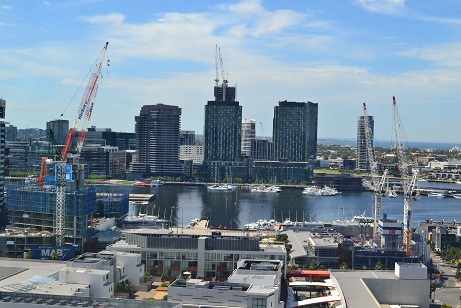 The structure is as tall as a 40 storey building. For those who are into counting bolts, I have an interesting information. The whole structure is held together by around 21000 bolts.

The Trip Adviser ranks this attraction 54 of 282 things to do in Melbourne. For those who are interested in knowing the troubled past of this gigantic wheel, I have gathered the info from the ‘helpful’ staff there.

In the typical Australian way, they claim this to be the only Giant wheel in Southern Hemisphere. Our competitors in this part of world are Antarctica, South America and few other irrelevant countries. This giant observation wheel started operating in 2008, 2 years behind schedule. Within 40 days it closed its doors due to structural defects to the wheel. The Wheel itself was scrapped and a new one was made to replace it. It reopened again on December 2013.

Detailed info about Melbourne Star can be found here: http://www.melbournestar.com/

Have you been to the Melbourne Star? added by admin on December 31, 2015
View all posts by admin →