By admin on September 24, 2016Comments Off on Pankaj and Radhika Oswal’s life story and court cases

Marwaris are people from the state of Rajastan in India, mostly fall within the Bania ethnic community, whose traditional occupation has been as traders for centuries. Nearly a quarter of the Indian Billionaires featuring in the Forbes list are from this community. The success of the Marwari community in the business world is credited to their ability to adapt to any situation and keep a flexible mind to lookout for new opportunities. 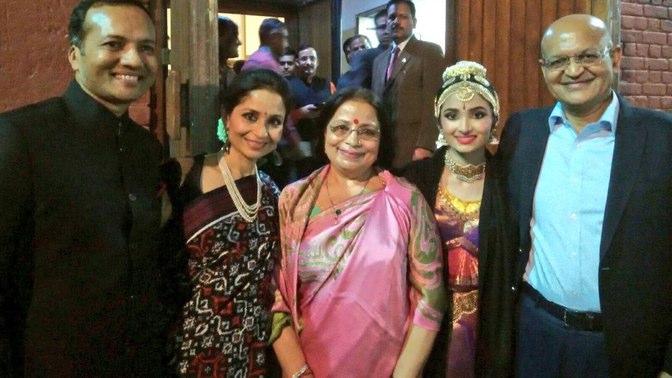 Keeping the Marwari tradition alive, the Oswal family of which Pankaj Oswal belonged were traders for generations. In the 80’s Pankaj’s father and savvy business man, Abhey Oswal was known as the next Ambani of India. Abhey’s father Lala Vidhyasagar Oswal, has built a thriving woollen and hosiery business from scratch. With father’s backing Abhey started looking for new opportunities.  Only in his twenties, Abhey Oswal established Oswal Agro in 1979. Within a decade of acquisitions and clever manoeuvres, Abhey made himself a 500 crore man by the 1990’s.  Though he had some setbacks after the Rajiv Gandhi government came to power, Abhey prevailed, establishing the world’s largest grassroots Di-Ammonium Phosphate (DAP) plant in Paradip, Odisha. Abhey at the time of his death in 2016, had stakes in  Oswal Greentech, Oswal Agro Mills and the media company News Nation Network. 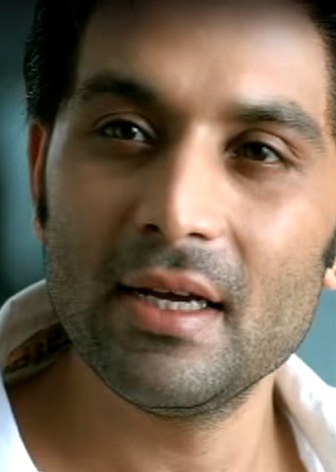 Abhey Oswal and his wife Aruna Oswal had three children Pankaj and Shail, and daughter Shalu. Shael Oswal is a famous Bollywood singer and the  Director of PT Garda Tujuh Buana Tbk, a coal mining and mining services company focused on Singapore and Indonesia.  Shael Oswal caught the attention of Singapore media when he bought the Sentosa Cove bungalow in Singapore for $39 million at the age of 33 in 2012 to be used as a weekend recreation residence. 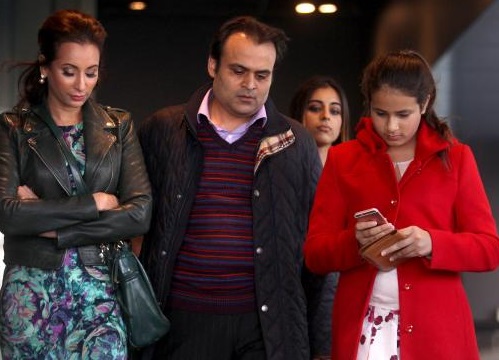 When Radhika, who hailed from a very affluent family in India married Pankaj, she was just 18 and Pankaj 23. It was an arranged marriage, done in Style with Indian traditions and pomp. Four years later in 2001, the couple set off to Perth with their two-year-old daughter, Vasundhara to look out for mining opportunities. They had expert advice about cheap gas resources at the north- west shelf of Australia. 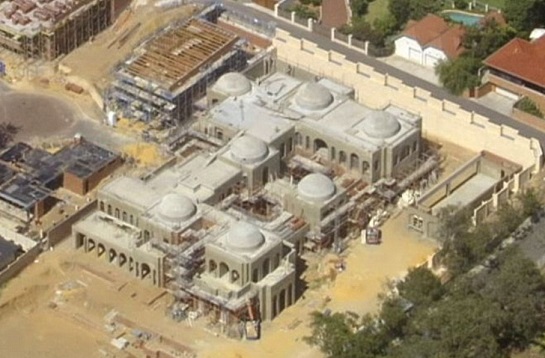 Taj on the Swan

Pankaj set up a company called Burrup Fertilisers and built a liquid ammonia plant on the Burrup Peninsula, at the Pilbara coastline 1,250km north of Perth. In 2005, Pankaj Oswal had a public falling out with his founding partner in Burrup, Vikas Rambal. Rambal questioned Oswal’s transfer of $50 Million from Burrup to one of Oswal’s private companies. Oswal removed him from Burrup and later had to buy out Rambal’s shares for $300 Million.

In 2006 Oswal opened the Burrup Amonium plant. He was successful in signing a 25-year cheap gas deal with the Government. Everything looked great in the beginning. Oswal also signed a 20-year deal with Norwegian Fertiliser company Yara International to buy and ship the product. Yara had 35% stake at Burrup Fertilisers. Oswal put $300 Million of his own money. Rumour mills suggested the money came from his father’s shady business deals. A claim Oswal always denied. Oswal maintained that he borrowed the money from his wealthy friends. ANZ bank provided nearly $800 Million credit facility for the project. 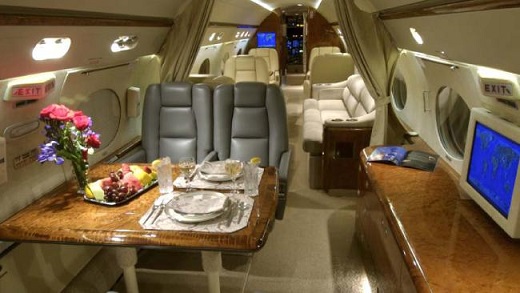 Meantime, Radhika channeled her energies for creating a vegetarian Restaurant chain starting from London and New York. In 2007 and again in 2010, Oswal planned to float Burrup as an IPO. Both instances Yara took legal action against Burrup to prevent the float.

In Perth, Radhika gave birth to their second daughter Riddhi. By then Oswal also began the construction of his $70 Million dream home which was dubbed “Taj Mahal-on-the-Swan” by the Media. The riverfront mansion being built over eight blocks was designed to have seven bedrooms, 11 bathrooms, a fitness centre, beauty salon, dance area, meditation room, telescope room, waterways, extensive gardens, parking for 17 cars and a swimming pool 10 times the size of an average backyard.

If you are not an Anglo Saxon and happen to be successful in Australia, you are destined to attract the hatred of the white dominated media. Now the Oswals have fallen in that trap without any hope of escape. The vultures have circled them from all corners.

Media did their best in spreading venom against Radhika’s love for veganism. Radhika has instructed builders at work on the “Taj Mahal on the Swan” that they cannot eat meat on the construction site. This news occupied front page in some Newspapers. Then surfaced, Radhika’s speech at Burrup Fertilisers Annual Party a year earlier, in which she declared that meat eaters were “covering the world in shit” due to the build-up of livestock excrement.

Oswals advertisement for a tutor for their daughter which read: “Wealthy and well known couple want a mature and dedicated educator to teach their 10-year-old daughter in addition to her school curriculum. They want to shape their daughter to be ahead in her class and to be taught on global affairs in order to be trained for future business requirements.” Were treated as joke of the day at upper class social gatherings.

On the business side, Burrup was making staggering amounts of profit from its operations. This is the time allegations against the Oswals of skimming money from the company to fund their life style has surfaced.  It was alleged that $150 million in Burrup Fertilisers’ money was spent on the couple’s Perth mansions including the now infamous “Taj Mahal on the Swan”, luxury cars, a private jet and Mrs Oswal’s vegetarian restaurants. The Oswals left Australia in December 2010, a few days before the ANZ appointed receivers. The Oswals lived in Dubai since then.  Burrup was placed into administration in December 2010, with ANZ owed over $800 million. Oswals were forced to sell their shares to Apache Corp and Yara in January 2011 for a mere $580 million to repay their debt to the ANZ.

In 2016 the Oswals returned to Australia ahead of two court cases against ANZ Bank and to face court action from the Australian Taxation Office over Mrs Oswal’s tax bill, which is around $190 million. The pair are seeking about $700 million in damages for Mrs Oswal, who claims she signed over her 35 per cent share to ANZ Bank on a contract that promised the Burrup Fertiliser plant would be sold for at least $2 billion. The Oswals were seeking about $400 million in damages for losses on his shares which was sold to  Yara International and Apache Energy.  They also had a separate claim against the bank that alleges Mrs Oswal was forced into signing over her share to ANZ on threats that she would be sent to jail and that their children would become orphans.

ANZ Bank has reached a commercial out of court settlement with Oswals The bank will pay nearly $200 Million to Oswals to compensate for their claim that the forced sale of $580 Million for their shares in Burrup represented less than half its true value. During the court case, it was told that Oswals had been abused and Mr Oswal had been physically assaulted by a bank official during negotiations. 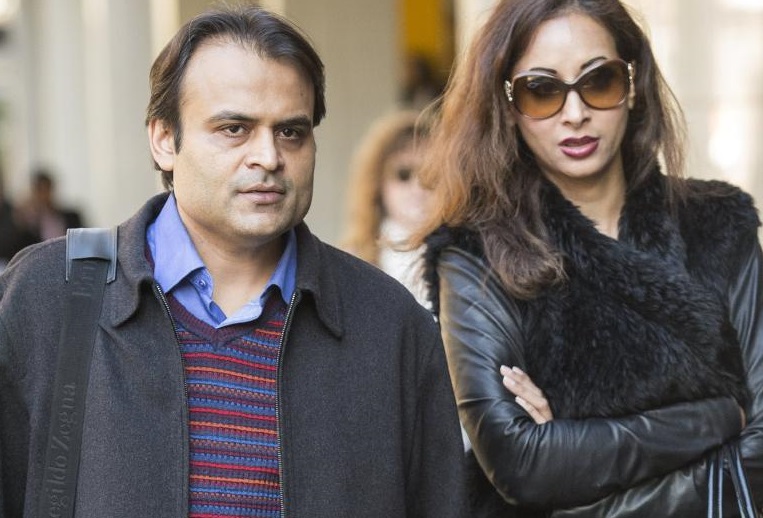 While Pankaj was fighting a court case in Australia, he was fighting case against his mother and siblings in India too. Pankaj’s father Abhey Oswal died of a heart attack at the age of 67 in Moscow earlier this year. Pankaj’s mother, Aruna Oswal, took board control of his two listed companies within days of his death and Pankaj wasted no time in challenging. Abhey Oswal controlled two listed Indian investment companies, Oswal Agro and Oswal Greentech, which are reportedly focused on investments and real estate businesses. The family feud is still on with both parties not relenting on their stand.

Pankaj and Radhika Oswal’s life story and court cases added by admin on September 24, 2016
View all posts by admin →