By admin on December 17, 2015Comments Off on Parminder Singh given 22 years’ jail for murdering wife Nikita Chawla

Parminder Singh, who fatally stabbed and killed his wife Nikita Chawla, to death with a meat clever has been sentenced to 22 years in jail. Parminder is eligible for Parole only after 17 years. Handing down the sentence, the judge said Singh did not seem to understand that nothing his wife did leading up to the terrible events in any way justified what he did. 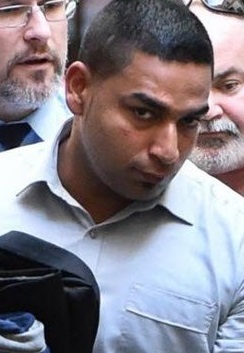 “Your actions in murdering your wife were an exercise of control to ensure that she did not share her life with anyone else,” Victoria Supreme Court Justice Lex Lasry said.

The judge said Ms Chawla had been perfectly entitled to end the couple”s marriage and form a new relationship.

Ms Chawla, 23, was a dancer and a choreographer and Parminder Singh was working as a bouncer. Nikita and Parminder married in secret in December 2011 without the knowledge of Nikita’s Parents. Nikita continued living with her parents, and introduced Parminder Singh to them in June 2012. Her parents refused to accept their relationship and Chawla moved in with Parminder in March 2013. 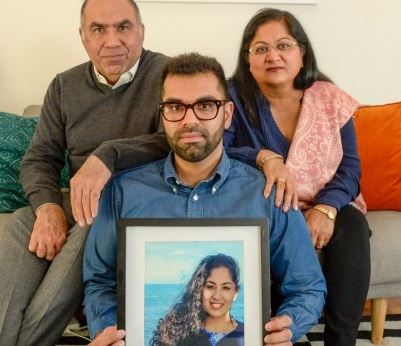 Parminder , who was sexually assaulted at boarding school, had a problem with alcohol and cannabis and in August 2014 Ms Chawla had to call emergency services when he became aggressive. Nikita Chawla also had her problems and suffered from anxiety, depression and obesity.

Nikita had an illicit relationship with one of her work colleagues and intended to leave Parminder for her new lover. The love between the pair blossomed, when Parminder left for India for a short duration in late 2014. When Parminder returned from India on 7th January 2015, he accessed Nikita’s Mobile phone and found messages from the co- worker. At the time of the murder, the couple were sharing an apartment at Brunswick West. 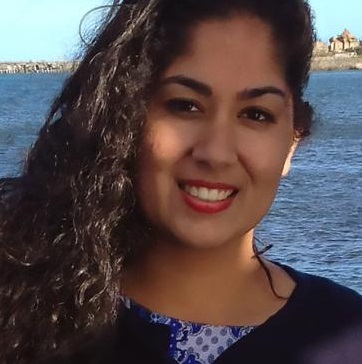 After killing his wife, Parminder called Triple zero at 1:30am on 9th January 2015. He told the Triple zero operator,

“I want you to come and collect a dead body. I cut my wife’s throat. I killed her. She’s been cheating on me.”

“I got my wife. Right, I killed her. I love her very much. I had a bright future with her and then she’s been cheating on me. I just found out today and I think my anxiety took over and I lost it.

“I think I couldn’t control myself and I held a big knife and kept hitting her until she stopped breathing.”

“She was breathing heavily and she was bleeding, and I was like, “Why am I holding knife and why is she sick?,’’ he told police.

Parminder had stabbed his wife at least 35 times.

He told police in an interview he suffered a sort of “blackout” and doesn’t remember exactly what happened, only that he had a knife and was scared. “But I don’t know why she cheated on me,

“I told her, ‘if you have anyone I’ll let you go. Please keep me in the loop. I want you happy.’ “She lies, lied and she’s not smart enough.”

Parminder had no prior criminal history and initially Judge had advised him to go through mental health assessment.

In a statement released after Singh was jailed, Ms Chawla’s family said: “Life is not the same. Not a day goes by since January 9 where we don’t miss Niki. Niki was the first Victorian Woman to die of domestic violence from Partner in Victoria this year. Since then 78 Women have been killed nationally. Domestic violence is a major issue which needs to be tackled in Victoria.

Singh’s visa will be cancelled and he will be deported upon release.

Parminder Singh given 22 years’ jail for murdering wife Nikita Chawla added by admin on December 17, 2015
View all posts by admin →