By admin on July 25, 2015Comments Off on Police looking for missing Indian woman from Calamvale in Brisbane

A 32-year-old woman reported missing from Calamvale yesterday has been located.

She was located in Brisbane Saturday afternoon and has been reunited with her family.

Police thanked the media and public for their assistance. 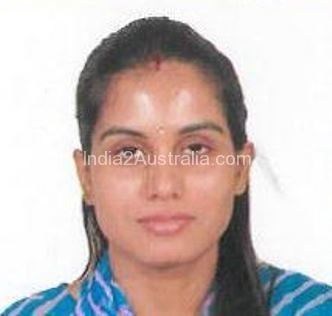 Police are appealing for public assistance to help locate a 32-year-old woman reported missing from Calamvale.

She was last seen leaving her home in Calamvale shortly after 3pm yesterday afternoon, walking in the direction of the Beaudesert Road service road, and has not contacted family or friends since.

She is described as Indian in appearance, approximately 165cm tall, of slim build with black hair and brown eyes.

She was last seen wearing a blue jumper, blue jeans and blue shoes.

Anyone with information which could assist with this matter should contact Crime Stoppers anonymously via 1800 333 000 or crimestoppers.com.au 24hrs a day. Crime Stoppers is a registered charity and community volunteer organisation working in partnership with the Queensland Police Service.

For all non-urgent police reporting or general police inquiries contact Policelink on 131 444 or Policelink.qld.gov.au 24hrs a day.

Police looking for missing Indian woman from Calamvale in Brisbane added by admin on July 25, 2015
View all posts by admin →

Raksha Bandhan
Adventures of Omanakuttan
Kalaripayattu and places to learn in Australia
Japanese Summer Festival celebrations in Melbourne
The Birth and Growth of Christian community in Ker...
A trip to the Buchan Caves in Victoria
Malayali drowned at Park Beach in Coffs Harbour