By admin on July 2, 2017Comments Off on Regulatory changes from 1st July 2017 in Australia – Everyone should know about 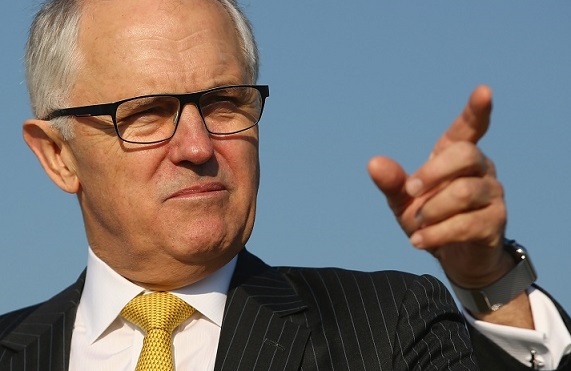 Budget repair levy not applicable from this financial year

In 2014–15 Federal budget the government introduced a temporary budget repair levy. Individual taxpayers (both resident and non- resident taxpayers) with a taxable income of more than $180,000 per year were needed to pay the levy in 2014–15, 2015–16 and 2016–17 income years. The levy was payable at a rate of two per cent of each dollar of a taxpayer’s taxable income over $180,000. From 1st July the levy stands abolished.

Until 30th June 2017, things imported by consumers and which are not goods or real property (including digital products and services) were not subject to the GST. In order to maintain the integrity of the tax system and offer a level playing field for domestic suppliers, the Government announced in the 2015–16 Budget that it would extend GST to offshore intangible supplies to Australian consumers with effect from 1 July 2017. But adding the GST to digital downloads, in a move dubbed the “Netflix tax”, The scheme will see overseas firms collect GST from Australian buyers on any digital items, including streaming TV and music services, smartphone apps, digital books, and video games.

CHANGES UNDER THE ‘NETFLIX TAX’

The Fair Work Commission (FWC) has announced a 3.3% increase to minimum wages. The increase applies from the first full pay period starting on or after 1 July 2017.The new national minimum wage will be $694.90 per week or $18.29 per hour.

The changes in a nutshell are as follows

Introduction of a transfer balance cap

The Australian High Commission and Australian Department of Immigration and Border Protection have announced that all Indian nationals will be able to lodge Visitor visa applications for Australia online from 1 July 2017. With the applicant’s permission, the online form can be completed by a third party such as a family member here or in Australia, a travel agent, or our contracted visa application centre, VFS.

DRIVERS will be forced to slow to 40km/h when passing crashes and incidents where emergency vehicles are stopped on the side of the road or face hefty fines in Victoria.

The new road rule will kick off on July 1 and motorists who do not slow down will face fines between $277 and $793 but will not lose demerit points.

The federal government has proposed changes to three areas of Australian Citizenship which are:  a new residence requirement; a new process for determining an applicant’s integration into the community; and changes to the citizenship test.

Applicants will have to show in their written application who well they integrated in Australia through participation in work, Community activities and schooling for children. An English test also will be introduced.

A new Citizenship test will be introduced with questions which will better assess applicant’s understanding of, and commitment to, shared values and responsibilities.  A person will be able to sit the test a maximum of three times.

Cheating on the test will lead to automatic failure: the implication seems to be it will not be possible to ever sit the test again.

FIRST homebuyers in NSW will save more than $34,000 under a suite of housing affordability measures, with stamp duty to be axed for existing and new homes valued up to $650,000. Other changes include abolishing the stamp duty charged on lenders’ mortgage insurance,

The Foreign Investor Surcharge Duty will be doubled from 4 per cent to 8 per cent from July 1, while the annual land tax surcharge on foreign buyers will rise from 0.75 per cent to two per cent a year.

importation of tobacco products is regulated by the Department of Immigration and Border Protection. All tobacco imported into Australia must be fully declared and is subject to the payment of duty and GST. This excludes the international traveller’s duty free allowance of 50 cigarettes or 50 grams of cigars or tobacco products, which from 1 July 2017 will be reduced to 25 cigarettes or equivalent tobacco products.

Regulatory changes from 1st July 2017 in Australia – Everyone should know about added by admin on July 2, 2017
View all posts by admin →

Rangasthalam
Two Indians dead in drowning tragedy in a closed b...
Spyder
Photos of NYE 2016 Fireworks in Australian Cities
Most shared Whatsapp Messages
Vegemite, An Australian national Icon
Vaisakhi Mela celebrations in Sydney, Perth and Me...