By admin on March 30, 2018Comments Off on Richa Sharma Concert in Melbourne and Sydney 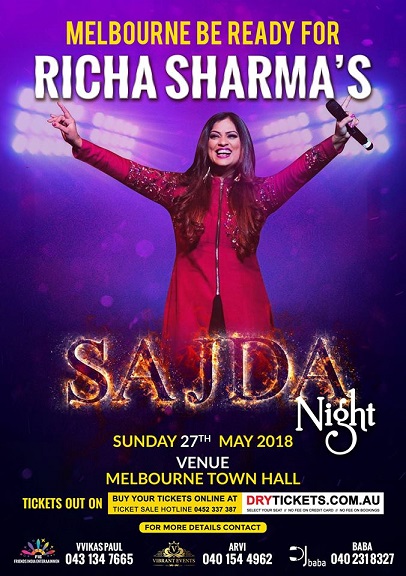 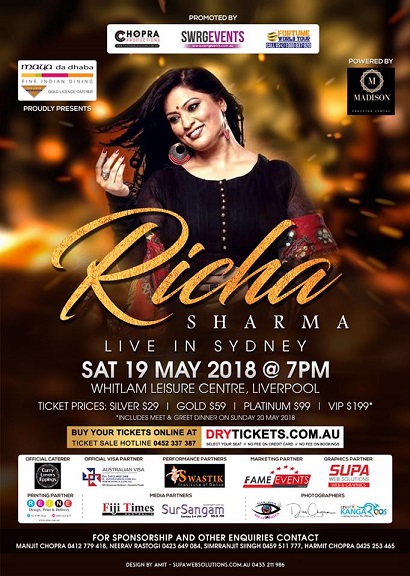 Richa Sharma is a Bollywood Playback Singer and Sufi-Queen. She has won Best Playback Singer awards for ‘Mahi Ve’ from 2003 film ‘Kaante’ and for ‘Sajda’ from 2011 film ‘My Name Is Khan’, and will be accompanied on this tour by professional musicians and her own production team from India. In 2006, she sang Bollywood’s longest track, the bidaai song, in film Baabul (2006). She has many Albums to her credit and they  are Ni Main Yaar Nu Sajda Kardi, Piya and Winds of Rajasthan.

Richa Sharma Concert in Melbourne and Sydney added by admin on March 30, 2018
View all posts by admin →