18 year old Aashna Kumar died in a car accident in NSW. Her body was found 24 hours after the car crash in Elizabeth drive in Cecil Park in NSW.

Police believe Ms Kumar, who turned 18 in January, was driving east along Elizabeth Drive in Cecil Park about 4.30am on Sunday when her white Hyundai i20 hit a power pole and a tree, crashed off the road and into a ditch. The time of the accident is derived based on an electricity outage in the area. 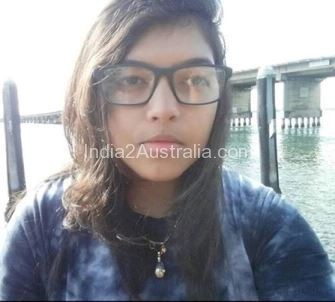 It was not until Telstra employees working in the area saw the damaged vehicle about 11.40am on Monday and went to investigate that Ms Kumar’s body was found inside the vehicle. The 18-year-old was dead when emergency services found the car down an embankment in heavy scrub just before midday on Monday. The wrecked vehicle came to rest just 10 metres from the road; thick scrub hid it from anyone driving by

Police would like anyone who may have seen the white Hyundai prior to the crash to contact them. The devastated brother of a teenager whose body was found in her wrecked car more than a day after it crashed off a road in Sydney’s west said he knew something was wrong when his sister did not return his phone calls or text messages. Her family lives in Oxley Park.