By admin on February 21, 2018Comments Off on Sam Abraham Murder – Guilty verdict for Cyanide killers 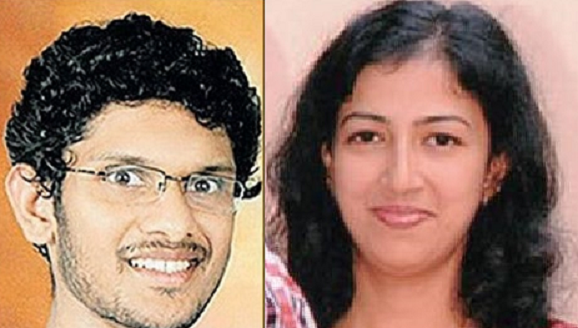 The jury delivered a guilty verdict for Sofia and Kamalasanan for killing Sam Abraham after nearly six days of deliberations. They are each facing a maximum sentence of life imprisonment. The pair will return to court for a pre-sentence plea hearing on 21st March 2018. Justice Paul Coghlan will sentence the pair at a later date. Kamalasanan showed no emotion as the verdict was announced, while Sofia sobbed as she was led into custody by guards.

But the investigating Police was smelling something fishy in the whole episode. 10 months later Detectives  arrested Mr Abraham’s wife, 32 year old Sofia Sam, and her male friend, Kamalasanan alleging a bizarre cyanide poison plot. What made the Police suspicious was that Sam was attacked three months before his death, which was treated as an attempted murder.

There were no signs of suspicious circumstances when Mr Abraham died but it was later discovered that he had been poisoned with cyanide. Police intercepted phone calls of Sophia Sam and Arun Kamalasanan during the investigation. Police had about three months of  recordings of the telephone conversation between Sofia and Arun.