By admin on December 15, 2018Comments Off on Senthill Kumar Arumugum sentenced to life in prison for killing Meena Narayanan 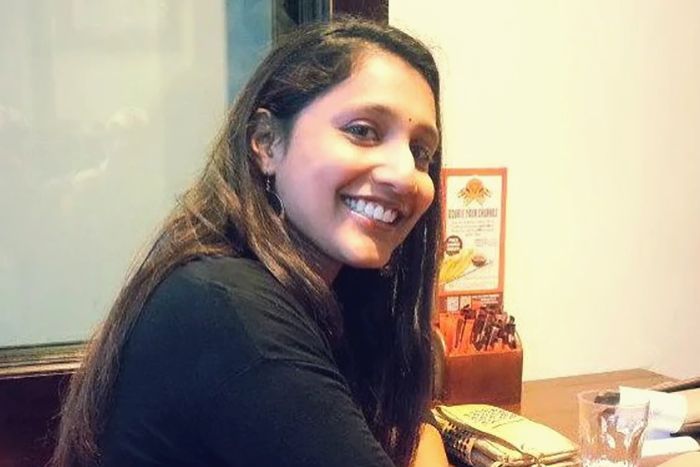 Senthill Kumar Arumugum, who murdered Singapore citizen Meena Narayanan after she declined arranged marriage has been sentenced to life in prison on 14th December 2018 in Brisbane. Arumugam will be eligible to apply for parole after serving 20 years of his life sentence in custody. With a mandatory non-parole period of 20 years, he will be eligible for release in 2035, having already spent 1125 days in custody.

The incident happened at ‘Travelodge’ in  Upper Mount Gravatt  on 25th March 2014 at Brisbane time 12:30 AM, when Meena Narayanan was stabbed more than 30 times and had her throat slashed in a planned murder.  Arumugam called reception and told the manager he was bleeding and his girlfriend was dead. The guests at the hotel reported hearing a high pitch scream that lasted around three minutes and the police forced their way into the room. Arumugam was found with suspected self-infected wounds and was taken to the Princess Alexander Hospital in a serious condition. But initially he claimed, it was a suicide pact. Arumugam, an Indian national who was working in South Africa as an engineer at that time, believed that Meena was cheating on him.

Arumugum pleaded guilty in the Queensland Supreme Court in Brisbane to murdering the then 27-year-old Singapore citizen. Meena was living in Australia on a student visa. The duo met through an arranged marriage website in November 2013.

Prosecutor David Nardone said,  “Mr Arumugam was aware that the deceased was, as far as he was concerned, cheating on him and asked an associate where he could buy an unregistered firearm,” . The court was heard , after reaching Australia Meena Narayan commenced another relationship with another man in Australia which enraged the killer.  Senthil Kumar, who was in South Africa, told an associate that he would kill himself if she didn’t marry him. When he was told he couldn’t bring a gun into the country, he said he would buy a knife and slit her throat. Senthil Kumar then travelled to Brisbane on tourist visa and checked into a hotel room in Mt Gravatt.

Justice David Boddice while sentencing said Arumugam tried to claim it was a “suicide pact” and told the court Ms Narayanan suffered 32 stab wounds. He described it as a “horrendous act of violence”.  Senthil Kumar had undergone extensive mental health treatment while on remand which was sighted as a reason for the case being delayed for many years. Justice Boddice said while psychiatrists accepted, he had genuine psychotic symptoms in custody, Senthil also exaggerated symptoms in an unsuccessful attempt to rely on a mental health defence. “Your conduct on the day in question was planned and persistent,” judge David Boddice stressed.

Senthill Kumar Arumugum sentenced to life in prison for killing Meena Narayanan added by admin on December 15, 2018
View all posts by admin →