By admin on October 14, 2012Comments Off on Shri Shirdi Sai Baba Temple at Camberwell , Melbourne 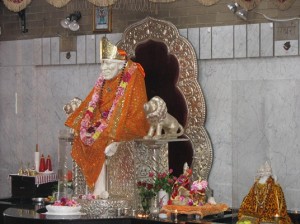 Shri Shirdi Sai temple at Camberwell, Melbourne has the distinction of being the first Mandir in the world dedicated to both Shirdi Sai Baba and Jhulela . In addition, this mandir is unique as it is one of the few temples other than in Shirdi, to have Dwarakamai and Chavadi. The mandir is open 7 days a week and conducts devotional programs which include Aartis, bhajans, regular pujas, and Langar.
Shri Shirdi Sai Baba Temple, Camberwell , Melbourne 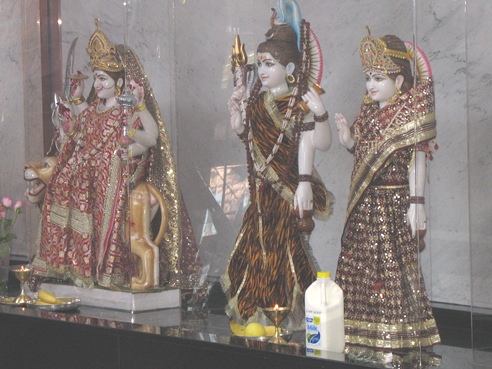 Who is Shri Shirdi Sai Baba ?

Sai Baba of Shirdi (September 28, 1838 – October 15, 1918), also known as Shirdi Sai Baba was an Indian guru, yogi, and fakir who is regarded by his Hindu and Muslim devotees as a saint. Many devotees believe that he was a Satguru, an enlightened Sufi Pir, or a Qutub. No verifiable information is available regarding Sai Baba’s birth and place of birth. The name “Sai” was given to him upon his arrival at Shirdi, a town in the west-Indian state of Maharashtra. Mahalsapati, a local temple priest, recognized him as a Muslim saint and greeted him with the words ‘Ya Sai!’, meaning ‘Welcome Sai!’. Sai or Sayi is a Persian title given to Sufi saints, meaning ‘poor one’. However Sāī may also refer to the Sanskrit term “Sakshat Eshwar” or the divine. The honorific “Baba” means “father; grandfather; old man; sir” in Indo-Aryan languages. Thus Sai Baba denotes “holy father”, “saintly father” or “poor old man”. 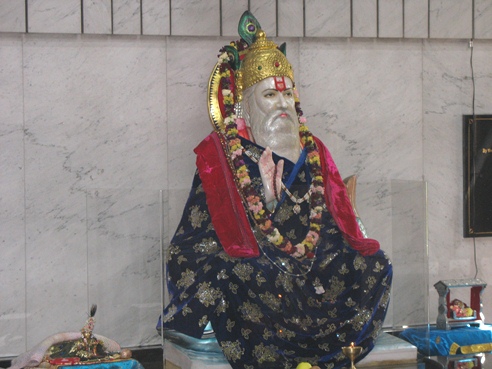 Jhulelal  or Dariyalal or Jinda Pir is the Ishta Dev (community God) of Sindhi people. His birthday Cheti Chand which falls on the second day of the Chaitra month is auspicious for Sindhis and is celebrated all over the world with traditional pomp and gaiety.The legend of Jhulelal is closely related to the oneness of God. Turkic people from Central Asia and Persia expanded their empires eastward and conquered Sindh (and later, a large part of the South Asia). Legend has it that Jhulelal convinced a tyrannical ruler, Mirkshah, to treat Hindus and Muslims equally. He also impressed upon the ruler the fact that although Hindus called their God “Ishwar” and Muslims refer to God as “Allah”, they are the same one God who created the world. Faith has established Jhulelal as the Asht Dev (community God) of Sindhis.
( Photo of Shirdi Sai Baba believed to be taken in 1890 )