The Significance of ‘108’ in India

The number 108 is long been considered sacred in India. One may wonder, why Indian prayer mala (japa mala, laces or rosary) come as a string of 108 beads. The number 108 is considered sacred by Hinduism, Buddhism and Jainism. With the 108 beads Japamala, a Manthra is repeated 108 times or multiples of it. The Significance of 108 doesn’t end there.

Significance of 108 in Hinduism 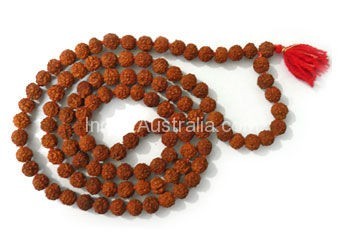 Devotees of Lord Shiva believes that whoever chants the 108 auspicious names (AshtaaShatanaamaavaLi) of Shiva will be blessed by the Lord.

In Gaudiya Vaishnavism, there are 108 gopis of Vrindavan.

In Vaishnavite tradition Lord Vishnu has 108 Divya kshethras known as Divya desasams. Out of these 108 temples, 105 are in India, one is in Nepal, and last two are outside the Earthly realms.

There are 114 major chakras in human body. Chakras are where nadi’s join and they are in the form of triangles. Out of these 114 two are outside the physical body. Out of these 112 only 108 can be worked upon, and the remaining four will flower as a consequence of working up the 108 chakras.

There are around 350 Upanishads but Muktikopanishad lists 108 important Upanishads. The Upanishads are considered as the secret and confidential knowledge of reality.

Tantra estimates average number of breaths per day as 21600 of which 10800 are solar energy and 10800 are lunar energy. Pranayama and meditation are meant to reduce the breaths to 108 a day for enlightenment.

The Diameter of Sun is 108 times that of Earth.

The Sarvāstivādins were one of the most influential Buddhist monastic groups. As per the Sarvastivada Buddhist scholars there are 108 feelings. Below we explain how they arrived at that figure, 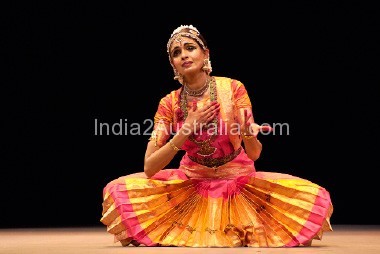 In Natya Shastra there are 108 Karanas. Natya Sastra states that – One who performs well this 108 Karana dance created by Lord Shiva will go free from all sins to the abode of Lord Shiva 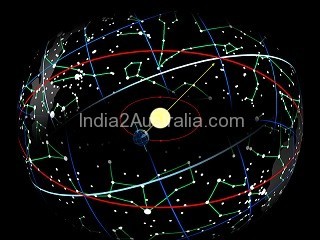 Each of the 27 constellations known as Nakshatra is further divided into 4 part, each consisting 3 degrees and 20minutes; these sections are known as charan or padam that is considered a step. The total number of 27 constellations multiplied by 4 quarter each totals to 108