Summary: Sonu Nigam live concert in Sydney on 20th July 2019 at 7pm at the Hill Song Convention Centre, Baulkham Hills. In Brisbane Sonu Nigam is performing on 13th July 2019 at Chandler Theatre and show begins at 7pm. India2Australia.com publishes all Indian events in Sydney and Brisbane. 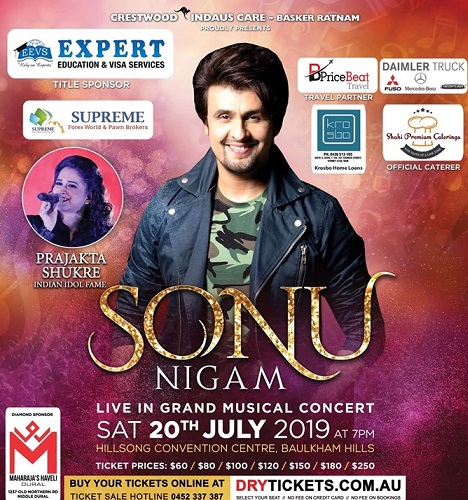 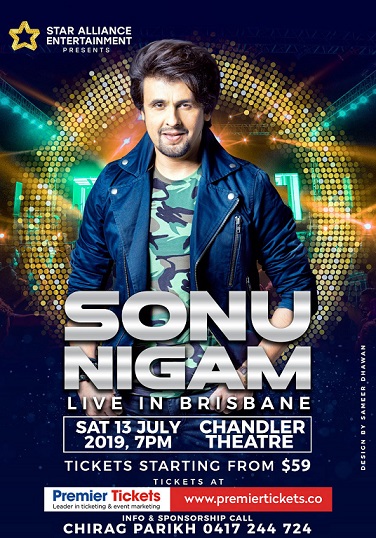 Indian Playback singer Sonu Nigam has shown his multi faceted talents as  tv host, composer and actor, apart from being a singer. Born in Haryana, he sings predominantly in Hindi and Kannada ( Language of Karnataka State). His first released song was “O Aasman Wale” from the movie Aaja Meri Jaan released in 1993.

The first movie he acted was as a child artist in 1993 released move Betaab. As an adult he has acted in movies like Jaani Dushman: Ek Anokhi Kahani, Kash Aap Hamare Hote and Love in Nepal.