The Story of Kohinoor Diamond and the curse behind it

By admin on December 20, 2015Comments Off on The Story of Kohinoor Diamond and the curse behind it

Pakistan recently claimed its stake on the famed diamond, ‘Kohinoor’. Barrister Javed Iqbal Jaffry alleged in his petition filed to the Lahore High Court that the UK stole the Kohinoor from Daleep Singh, grandson of Maharaja Ranjeet Singh, and took it to Britain. The diamond being the cultural heritage of Pak side of Punjab, Jeffry assumes that Pakistan has equal rights on this condensed piece of carbon.

But for India the issue goes far beyond the billions of dollars the diamond is worth and it is an emotional issue for most, seen as a symbolic British subjugation of India.

The Story of Kohinoor

Kohinoor, the cursed diamond is now in the possession of British Royal Family. The possibility of a curse pertaining to ownership of the diamond dates back to a Hindu Text relating to the first authenticated appearance of the diamond in 1306. “He who owns this diamond will own the world, but will also know all its misfortunes. Only God, or a woman, can wear it with impunity.”   The name Kohinoor was given by the Persian King Nadirsha. In Persian language Kohinoor means “Mountain of Light”. The modern history says the jewel was owned by Legendary Hindu King Virkamaditya of Ujjain who ruled from 102 BCE to 15 CE. But many believe that Kohinoor is Symantakam , the famed diamond referred in Hindu Puranas.

In its long history of ownership changes, Kohinoor had belonged to various Hindu, Rajput, Mughal, Persian, Afghan, Sikh and British rulers. It was adored and adorned by Kings and Emperors as spoils of war from time and again. Most recently it was looted by the East India Company and became the part of British Crown Jewels when Queen Victoria proclaimed Empress of India in 1877. The diamond was traditionally known as Syamantaka-mani and later Madnayak or the King of Jewels, before being renamed Kohinoor in 18th century by Afghan Ahmad Shah Abdali.

The Trail of the Kohinoor

Kohinoor is a 105.6 metric carats diamond, weighing 21.6 grams in the most recent cut state, and once the largest known diamond. Kohinoor means Mountain of light in Persian language.

It is believed that whichever king or country that possesses this jewel will become prosperous. But disaster will strike when a male possess it. It is also believed that the curse won’t affect a female wearer.

The modern history of Kohinoor diamond is as follows 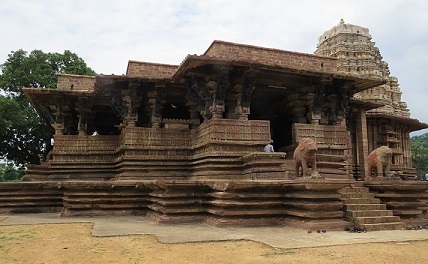 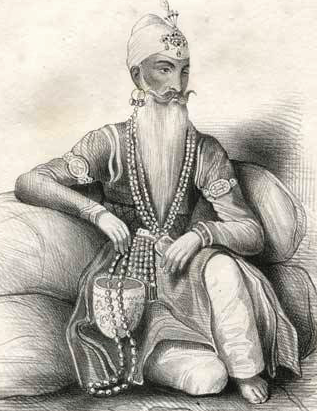 But whenever the British throne was occupied by a King Disaster struck Britain. Victoria’s son Edward VII‘s short rule was spared from the curse of the Diamond . But George V‘s reign saw the Britain getting destroyed from the effects of World War 1. Edward VIII abdicated the throne. During George VI s reign, world warII began, destroying most of Britain.

Many believe that Kohinoor is same as Symantakam , a cursed and blessed at the same time ruby described in Hindu vedic texts . Here is the cursed history of Symantakam.

The story of Symantaka mani is from Vishnu Purana , a religious hindu text and one of the eighteen Maha puranas . The jewel originally belonged to the Sun god, who wore it around his neck. It was said that whichever land possessed this jewel would never encounter any calamities in the form of natural disasters such as droughts, floods, earthquakes or famines, and would always be full of prosperity and plenitude.

Wherever the jewel remained, it would produce for the keeper eight bhāras of gold daily. As per Vishnu Purana , Sun God gifted the jewel to Satrajit , a Yadava prince. Satyajit later presented this jewel to his brother Prasen . Prasen was attacked and killed by a lion while hunting in the forest. The lion fled with jewel. The lion was later killed by the King of the Gorillas named Jambavan .

Satdhanwa was chased down by Krishna and Balaram and finally killed by Krishna near Mithila. Later Krishna returned to Dwaraka, and upon realizing that Akrura had already fled to Kashi with the Shyamanthaka jewel, summoned him up, and asked him to admit his guilt. When Akrura complied, Krishna let him keep it, on the condition that it was to remain in the city of Dwaraka. Eventually Dwaraka went under the sea.

From this point onwards, there are no reference about Syamantaka in Puranas however many speculate that Kohinoor diamond is none other than the famed Syamantaka.

The Story of Kohinoor Diamond and the curse behind it added by admin on December 20, 2015
View all posts by admin →