By admin on November 22, 2015Comments Off on Su Su Sudhi Vathmeekam Screening details for Melbourne

Synopsis: Movie is directed by Ranjit Shankar and co-produced by Jayasurya. Cinimatography is done by Vinod Illampally and music by Bijibal. The central character of the film is inspired by the true life story of Sudheendran 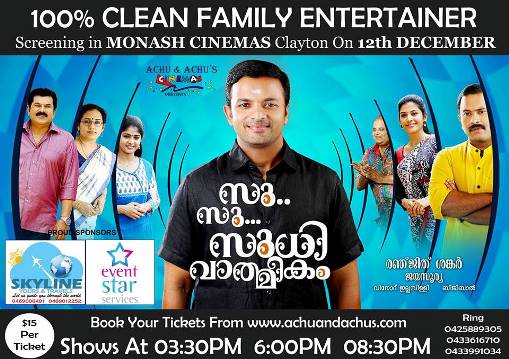 Rajamma at yahoo Malayalam movie in Melbourne and …